This is Why I'm Joining the #KuToo Movement

In the past, I've devoted plenty of blog space to a very hot topic: women who are forced to wear high heels to work. In Canada, many provinces have banned this practice. Here at home, not so much....and, apparently, the situation in Japan is even worse. 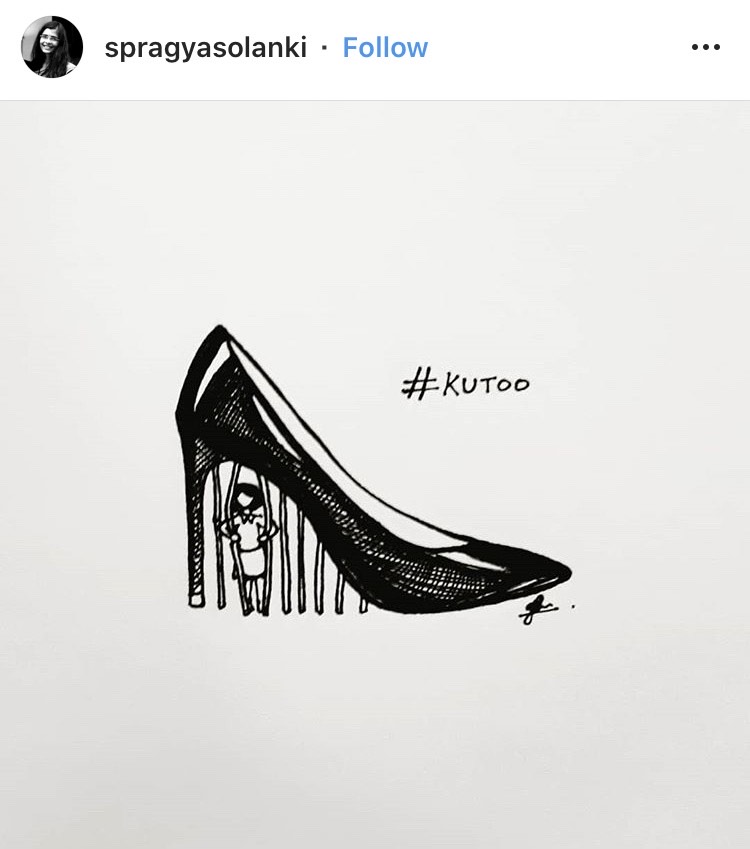 As a culture, the Japanese people are more likely to wear uniforms, starting at a very early age. And there's nothing wrong with that, per se. Except, for many women, that 'uniform' has gone to extremes. Many women in Japan are banned from wearing glasses to work. And many others are forced to wear high-heels as part of their on-the-job uniform.

Now, one brave woman, Yumi Ishikawa, has decided to take a stand, and started the #KuToo movement. The name, according to Metropolis Japan, comes from a play on the Japanese words for shoes (kutsu) and for suffering (kutsuu). As she's spreading her #KuToo hashtag, she's making ties to #MeToo, reminding all of us that mandating women's physical appearance can be a form of sexual harassment.

Last June 2019, Ishikawa petitioned the Japanese Ministry of Health, Labour and Welfare to abolish high-heel mandates at work. Unfortunately, labor minister Takumi Nemoto just defended the footwear regulations, saying, “It is socially accepted as something that falls within the realm of being occupationally necessary and appropriate.”

To a Houston podiatrist like-myself, this government-sanctioned discrimination is shocking. As if modern women don’t have enough to deal with these days, like pay-inequality and that ever-present glass ceiling, they’re also forced to give themselves foot pain on the job. And it's not just a temporary issue. Over time, all-day high-heel wearing can lead to major health problems.

1. A high heeled shoe forces the posture into an unnatural position that significantly stresses the joints. The spine, which in flat shoes is reasonably straight, forms more of an 'S' shape with the chest and lower back pushing forward and the hips pushed back. The height of the heel also changes the amount of weight on the forefoot. A 1-inch heel will increase the pressure by 22%; a 2-inch heel by 57%; and a 3-inch heel by 76%. This increased pressure puts the forefoot at risk for injuries such as stress fractures, bunions, and hammertoes. 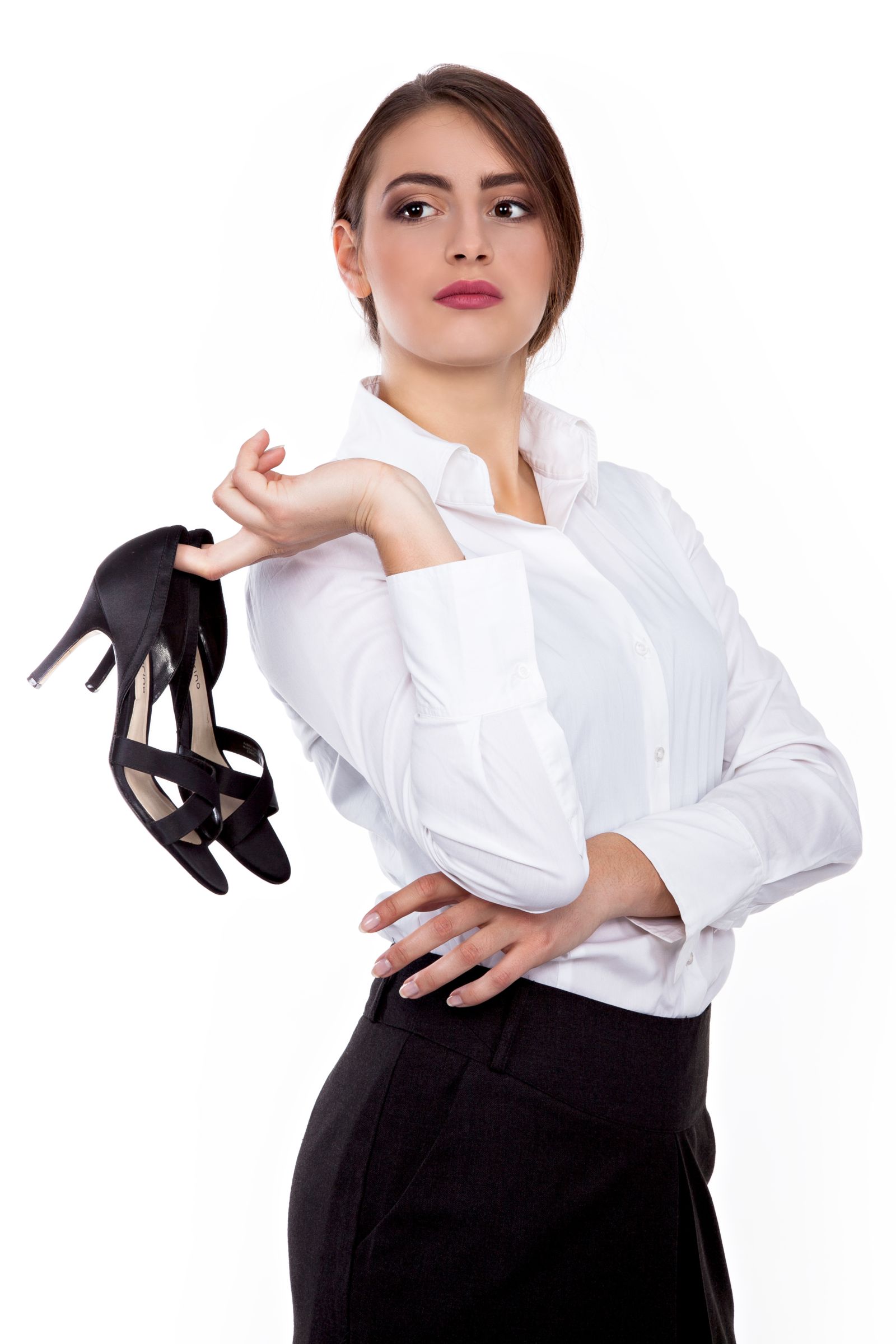 2. Knee pain is common when high heels are involved. The heel height causes increased strain on the knee joint and associated tendons. The quadriceps muscle group in the front of the thigh works harder, increasing pressure on the kneecap by up to 26%. This can ultimately increase the incidence of osteoarthritis of the knee and quadriceps tendinitis.

3. When the heel is constantly elevated, the calf muscle and Achilles tendon can contract and shorten. Habitual wearing of extremely high heels can cause a woman to be unable to tolerate a flat shoe. On occasion, this can even require surgery to lengthen the Achilles tendon. Most often, however, this will increase the chances of Achilles tendinitis or shin splints.

4. The changes in posture and overall imbalance will lead to instability when walking and a resulting risk of ankle sprains. High heels, especially stilettos, will lead to instability and a major increase in ankle sprains result. An ankle sprain is caused from the twisting of the ankle and results in a tear of the ligaments that connect the foot and leg bones and stabilize the ankle. When the heel is balancing on a narrow stiletto heel, if the heel shifts outward slightly a sudden twist may occur to sprain these ligaments. Swelling, bruising and pain will result. At worst, it is possible for the ankle to fracture, a ligament can pull a piece of bone off, or even a bone in the foot can break due to the pull of a tendon.

5. High heels are enjoyed by most women because they are "cute." They are narrow and are contoured to make the foot look slender. The tight fit of many heels will force the toes to conform to its shape. The added pressure on the toes can exacerbate bunions and hammertoes. The pressure of the shoe itself can cause corns to form. Furthermore. The compression of the metatarsal bones can cause pressure on the nerves that run between them. A Morton's neuroma, which is a growth and inflammation of the nerve, can form due to the pressure. Remember, a shoe is meant to fit the foot, not squeeze it relentlessly.

While the overall percentage of women wearing high heels daily has decreased, the percentage reporting physical problems from wearing them has increased. This is likely due to the newer styles that have been introduced. Some have no choice but to wear the shoes for work, however comfort is a priority. Pain should not be a price for style. Be sure to always wear a shoe that is right for your foot. Of course, if the pain continues, be sure and visit your podiatrist.