We all want to avoid running injuries, and part of that prevention often involves your heel-strike pattern.

For quite some time now, there’s been a debate as to whether hitting the ground with your heel or forefoot will improve running times and help you avoid injury.

The debate is so heated, it has sparked the New York Times to review several studies comparing ‘heel strikers’ to runners whose forefoot hits the pavement first. Of those who run with shoes on (which is most of us, although I’ve discussed the idea of barefoot running in previous postings), the majority are heel strikers; the idea that forefoot running is better evolved because that is where the foot usually lands when you run without shoes on, suggesting it’s a more natural stride. 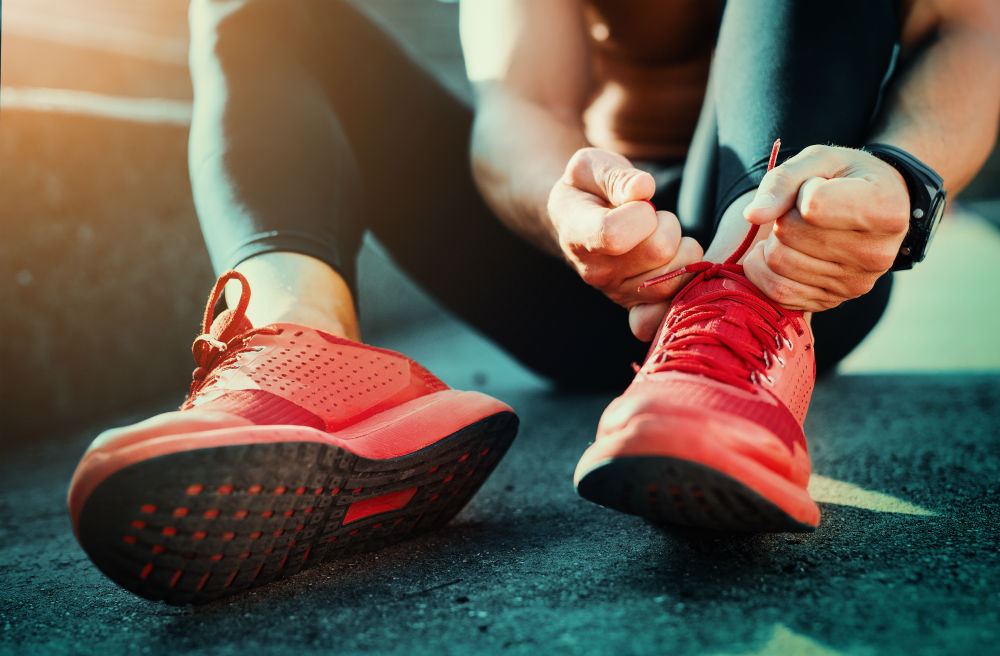 If you believe that forefoot running is safer, you’ll be interested to hear the results of the most recent study on the topic, published in the journal Medicine & Science in Sports & Exercise over the summer. It seems that one stride isn’t better than the other; the two strides just put pressure on different parts of the body.

For runners whose heels absorb the first impact, knees took the biggest hit. Forefoot runners experienced more ankle and Achilles injuries.  Basically, no matter how you run, your body is going to absorb some impact. The study can be useful for runners who already have certain injuries, because knowing which stride affects which body part can help you choose a gait that won’t tweak existing injuries.

What to Eat When you are Injured

Especially if you've been trying to stride carefuly, being too hurt to run stinks: plain and simple. Here’s the good news, however: there are targeted nutrients that can help you recover at a quicker pace from your specific type of injury! Don’t believe me? Read on for some great info courtesy of Runner’s World magazine:

Stress fractures are an overuse injury, often caused by repeatedly running long distances or drastically increasing mileage. Primarily affecting the bones in the lower legs and feet, stress fractures occur when the muscle becomes fatigued and transfers undue stress to the bone.

Milk does a body good. The American College of Sports Medicine (ACSM) recommends that athletes with a stress fracture get at least 1,000 mg of dietary calcium—an 8-ounce glass of milk has about 300 mg. While dairy foods are an excellent source of calcium, there are plenty of other foods to help you heal, including kale, broccoli, bok choy, turnip greens, spinach, soy products, and fortified orange juice.

Vitamin D is another bone-friendly nutrient. The best way to get it is from sun exposure, but there are foods you can eat to help boost your levels: egg yolks, salmon, mackerel, catfish, tuna, sardines, cod liver oil, and mushrooms. If a blood test revealed you're deficient in vitamin D, your doctor may recommend a supplement.

Words ending in ‘itis’ mean inflammation. Not surprisingly, tendonitis is an inflammation of the tendon, and plantar fasciitis describes inflammation on the bottom of the foot. Tendonitis is a common injury resulting from overuse or repetitive motions. Drastically increasing your mileage in a short period of time or “running through the pain” can cause this injury.

If you’re suffering from an “itis,” eat the rainbow. Antioxidants—inflammation-fighting nutrients—are found in fruits and veggies. And, the darker the produce, the higher it is in antioxidants. When in doubt, opt for dark leafy greens, rich-colored berries, and vibrant root veggies.

While you may be hesitant to eat more fat when you’re less active, the good, unsaturated fat can actually combat inflammation. Add olive oil or avocado to your salad and dig into that walnut-crusted piece of fish.

Diet obviously plays a big role in your body's ability to heal itself, but eating well doesn't rule out a carefully-managed recovery plan uner the supervision of a doctor. If you've sustained a running injury, schedule a consultation with Dr. Schneider right away so you get get back to training as soon as possible.