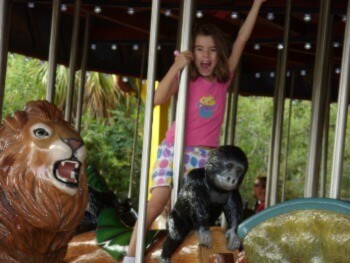 As a podiatrist in Houston with three kids, I try to walk the talk and be proactive to ensure that my kids are well taken care of, especially when it comes to the health of their feet and ankles. My oldest son Ariel, now 11 has been wearing custom orthotics since he was three. He has inherited his fathers very flat feet. My 8 year old daughter Daniella started in orthotics later than her brother. Noticing her spending more time walking on her toes, I though it would be necessary. My youngest, 3 year old son Jonah has not yet shown the need for any biomechanical control.

A few months ago, I was performing a biomechanical examination on Daniella to update her custom foot orthotics. During the measurements that I take during the evalution for custom orthotics, I noticed that one of her legs was longer than the other. This is something that I find often, but not in young children like Daniella. I mentioned to her mother (aka my wife) to ask her pediatrician to check for scoloiosis. Her doctor did a check for scoliosis but also referred her to a pediatric orthopedist for a more comprehensive evaluation.

The pediatric orthopedist did not find scoliosis, but did confirm a 6 mm difference in her legs. For those metrically challenged, that is just under a quarter of an inch. The doctor told my wife that this was relatively insignificant and she shouldn't worry about the difference unless it reached an 2-3 inches. WHAT? She'd be limping around like Igor if that was the case!!

A 1/4 inch leg length difference will be more bothersome to some than others. After all, the significance of 1/4 inch is greater in someone with small, short legs then it is in someone who have long legs. This is because the greater the difference is relative to the overall leg length, the better the chance that it will impact your gait and cause discomfort. A 1/4 inch difference for Daniella's short legs is more significant than it would be for my longer legs.

Since Daniella is feeling some discomfort in her feet, I will add approximately 1/8 inch to the orthotic of her shorter leg. This would be enough to mechanically balance her, but not overdo the correction. After all, her body has already compensated for it. I will continue to monitor her progress when I evaluate her for future pair of custom foot orthotics as she continues to grow.

Kids should not have foot or ankle pain. If your son or daughter is complaining about pain in the foot, ankle, knee, or hip, it is important to get it evaluated. Growing pains don't last so long and, despite what many think, kids don't grow out of things so quickly. Houston podiatrist Dr. Andrew Schneider will evaluate your child's foot and ankle. to ensure everything will be done to allow your kid to be a kid and not worry about pain.