Got a Junior Soccer Player? Here's What You Need to Know!

Late fall means a lot of things in Houston…the occasional 70 degree day, turkeys on our doorsteps and kids on the soccer field. I think soccer is a great sport for kids, but you do have to take a few precautions in order to avoid injuries to your child’s foot.

One of the most common problems I see in kids who play soccer? Ingrown toenails! But, even though ingrown toenails are fairly common, they are also pretty easy to avoid, with proper toenail trimming, appropriately fitted soccer cleats and careful training.

The fit of children’s soccer cleats is key in avoiding ingrown toenails; older children that are very serious about the game often prefer a snug fit because they think it improves their feel for the ball and the field. The problem is, when cleats are tight, children’s toes will ram against the hard toe of the shoe repeatedly. When you factor in repeated pressure from ball kicking, the force, over time, could redirect the growth of the toenail.

In addition to ensuring that your child’s cleats fit properly, you should carefully monitor his or her toenail trimming. If you trim toenails in a fairly straight line and avoid trimming them too short, this will help to avoid an ingrown toenail.

Sometimes, even with the greatest amount of care, your child will get an ingrown toenail. Although this condition is painful, don’t worry—with a simple procedure, I can correct the problem and get your son or daughter back on the soccer field in no time. Now let’s take a look at some other common soccer injuries, so I can help you protect your child’s feet.

Turf Toe on the Soccer Turf

Turf toe is another condition that soccer players have to worry about. It’s caused by jamming the big toe or repeatedly pushing off the big toe forcefully. Turf toe gets its name because turf is harder than grass or other surfaces; that’s why soccer players who compete on turf are much more likely to sustain this type of injury. 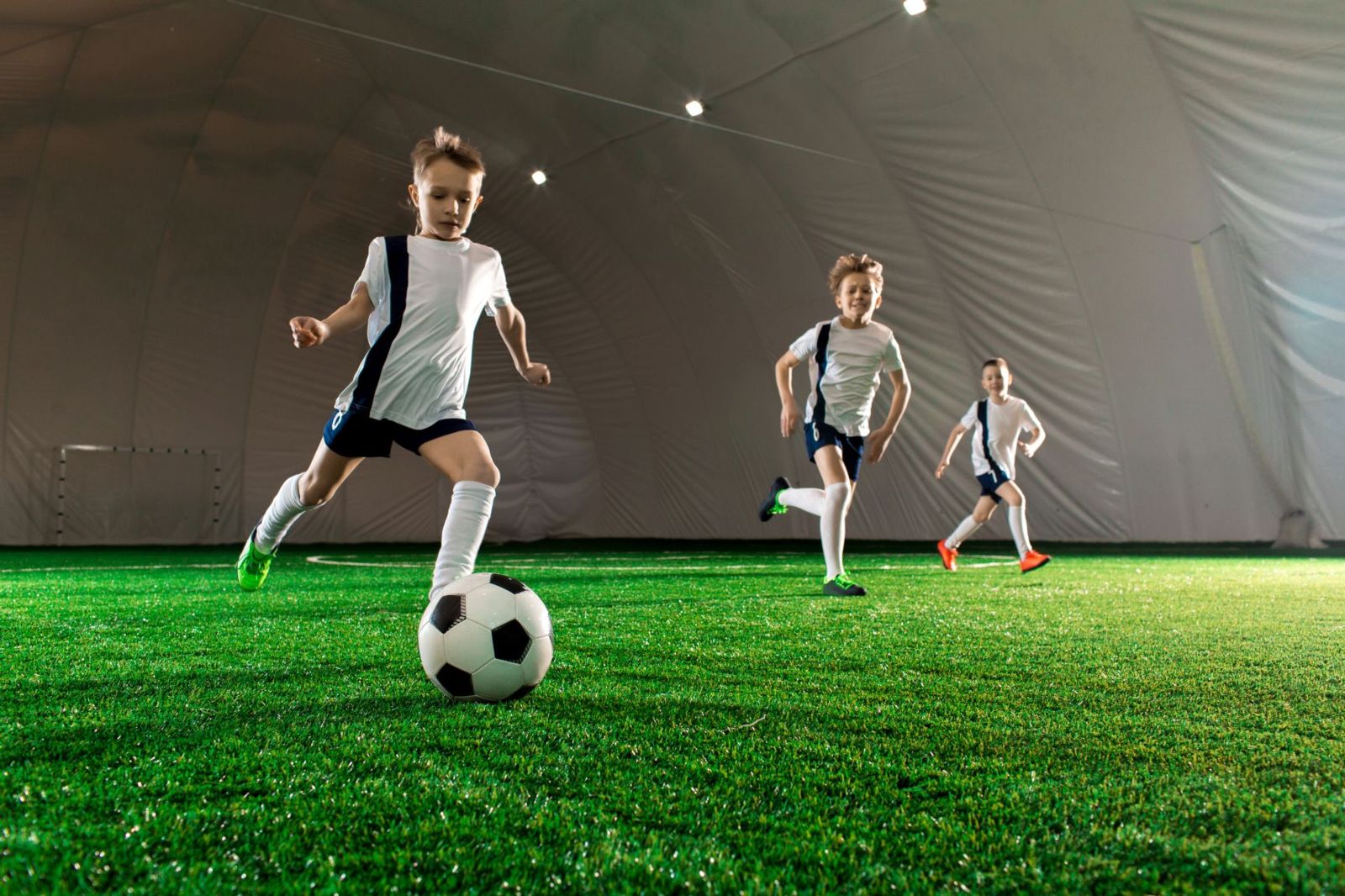 It’s usually pretty obvious if your child has a case of turf toe—you will likely notice pain, swelling and limited joint movement at the base of one or both of his or her big toes . In most cases, symptoms develop slowly; just as with stress fractures, turf toe gets worse over time due to the repetitive nature of the injury. If, in less common circumstances, it’s caused by a sudden forceful motion, your child will have pain immediately, and the condition will get worse within 24 hours.

If your child has turf toe, rest will be mandatory; he or she may also need an X-Ray or MRI to rule out other injuries. Sometimes, I’ll have to immobilize your child’s foot in a boot or walking cast in order to allow the toe to fully heal.

With proper care, that healing can happen in two or three weeks, but some athletes will still require physical therapy after that. With turf toe, it’s important to catch the injury in its early stages of development for the easiest healing and the shortest down time. Now, let’s move on to another common soccer injury: contusions.

What is a Foot Contusion?

A foot contusion is basically just a bruise on the foot or ankle. A contusion develops when the small blood vessels in your foot or ankle break open due to the force of an impact, leaking blood into the surrounding areas. Contusions are often the result of being hit by a blunt object, like a soccer ball.

Symptoms of a foot contusion include:

It is important to note that some of these symptoms may not show up until several hours after the initial injury.

Typically, contusions aren't considered serious injuries. Most bruises resolve in a week or so, although the skin discoloration can stick around for a lot longer than that. Still, when the contusion is situated at a joint, like the ankle, the injury can be a bit more serious, as range of motion can be affected.

Your doctor will determine whether or not your child needs to tape or bandage a foot contusion, and whether or not additional treatment is necessary. Most kids will be able to speed recovery by following this protocol:

How to Protect Your Soccer Player’s Feet 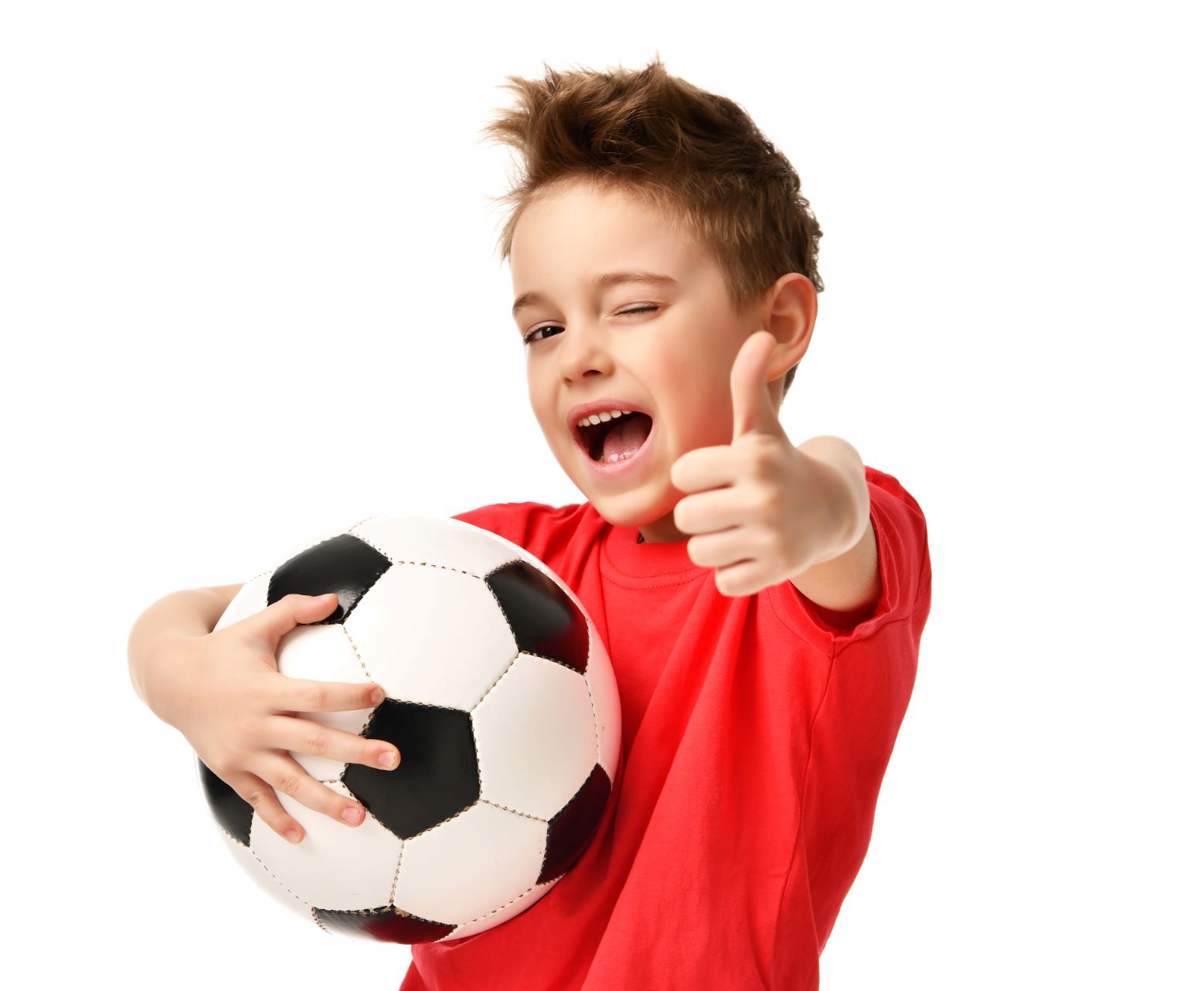 These injuries don’t have to be a given In order to prevent kids’ soccer injuries:

1.  Use protective tape on the ankles to prevent sprains or fractures.

3. Choose an athletic sock, made of a natural/synthetic blend of materials designed to wick away moisture (and foot fungus like Athlete’s foot) and minimize foot odor. Avoid socks with large seams or low heights that might allow for blisters or irritation.

If, after all your hard work, your child still gets hurt playing soccer, don’t play the blame game: stuff happens. Just make sure to get your kid out of the game and into my Houston podiatry practice as soon as possible so we can begin the healing process.