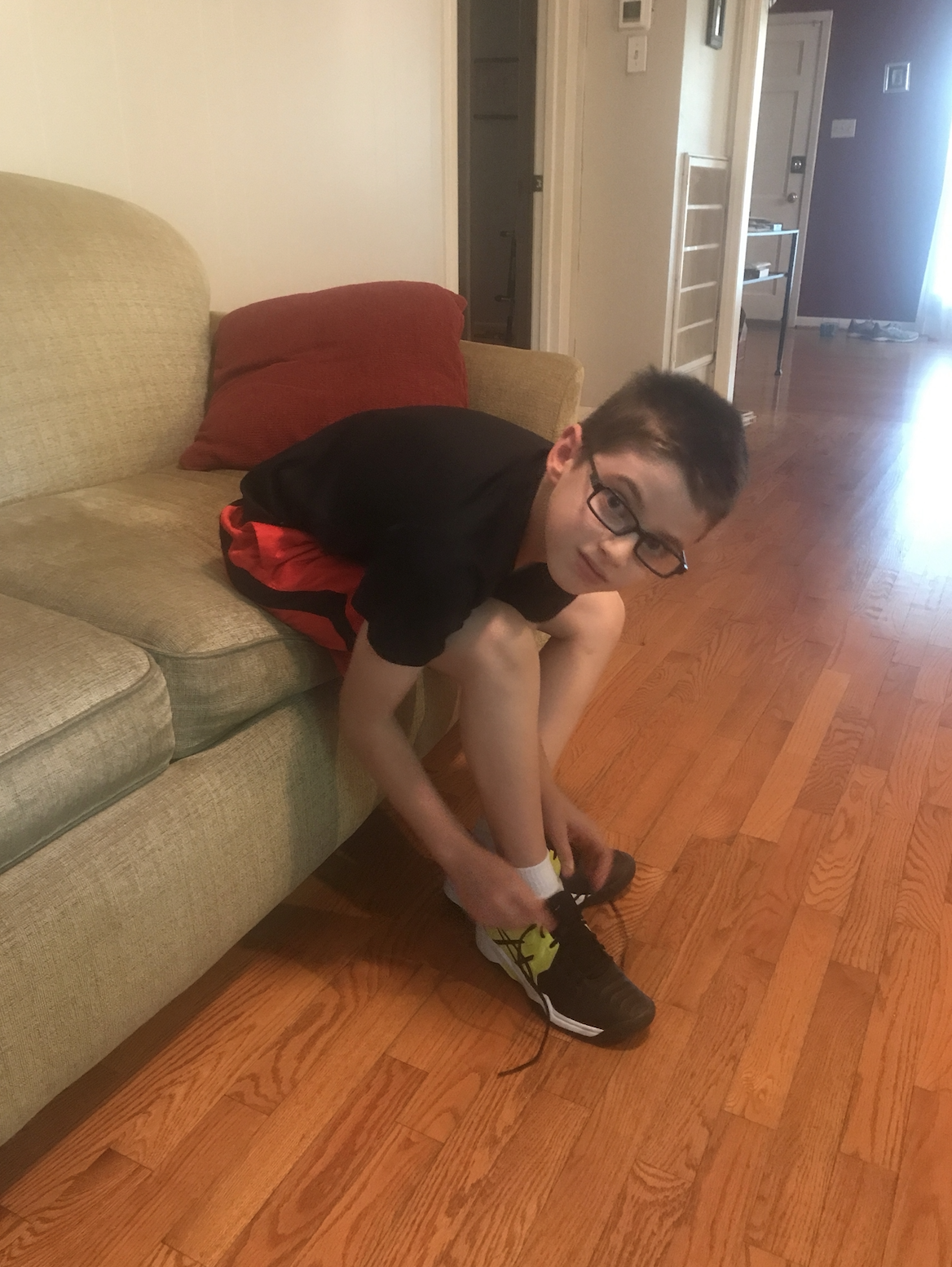 Let me tell you a story about our personal family “quarantine.”

After several weeks of being at home, trudging through school online, and trying to make sure the kids step outside for at least a little bit each day (not always successfully), we ended up in a comfortable routine. Because our kids attend a Jewish private school, our spring break didn’t happen until the recent Passover holiday. Without school as an anchor, that routine quickly disintegrated.

We realized that getting dressed became optional, with jokes abound about wearing “morning pajamas” and “night pajamas.” Most importantly to me, it was common that shoes were not being worn in the house.

Our house primarily has hard floors, tile in the kitchen and hardwood in the rest of the house. As I’ve mentioned before in blogs and videos, bare feet and hard floors don’t always go well. Well, it wasn’t too long before I started to hear complaints of feet hurting.

The most vocal about foot pain was my 11-year-old, Jonah. It started off when he brought it up close to bedtime, and we wrote it off as him finding ways to stall before bedtime. But the next day when he stepped out of bed, he told us about the immediate pain that he felt in his feet.

Now many of you may be familiar with syndromes like plantar fasciitis, where a hallmark is pain when you first step out of bed. But in an eleven-year-old boy, it is certainly not normal.

Well, Jonah has inherited the Schneider flat feet and has been wearing custom orthotics for many years. When someone has flat feet, it causes the feet and legs to have to work HARDER with simple walking….even around the house. When I checked him out, it was clear that I wasn’t concerned about a stress fracture, which is possible when going barefoot for so long, even in kids.

My solution for Jonah was pretty straight forward and simply….common sense actually. I told him to put on his shoes with his orthotics and wear them around the house. For the first day or so, because of the pain, I had him take an ibuprofen.

If you are feeling a similar pain as Jonah did, start the same way. Put on your shoes…your outside shoes…along with an insole or orthotic if you wear them. 75% of the time, this is going to take care of it. If you continue to have pain, the next step is to schedule a video telemedicine call with me. We can discuss your symptoms and come up with a solution for you to get out of pain.

Jonah is back being a pain-free 11-year-old boy. And, yes, we’re back reminding him to put on his shoes, so the pain doesn’t come back. But he is feeling no pain, running and skateboarding, with no complaining. Even with this “stay at home” order, don’t think you need to tolerate foot or ankle pain.