Where was Dr. Schneider?

Part 1: Where in The World is Dr. Schneider? 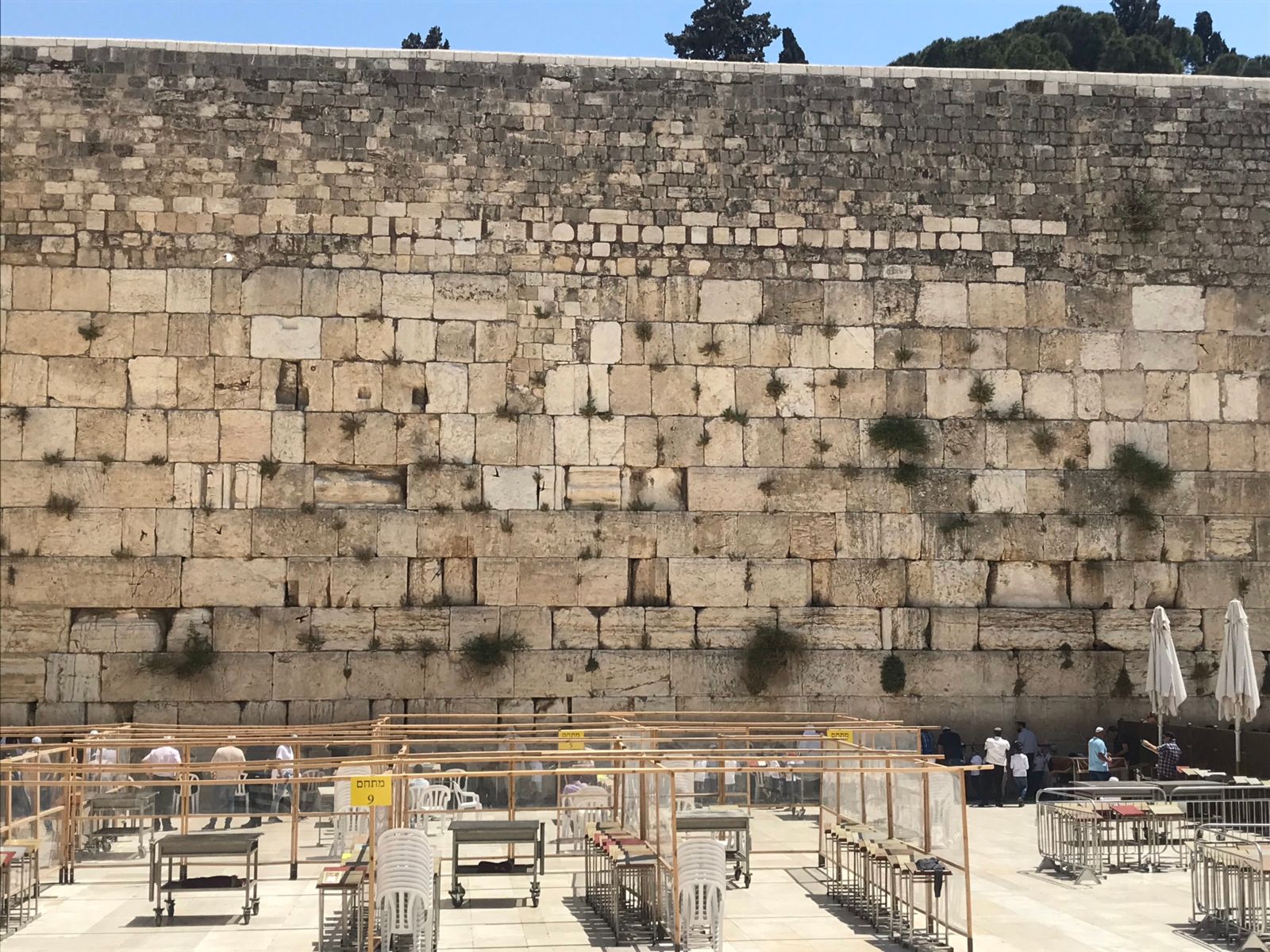 It’s a really good story. I can’t write the whole thing in this email for two reasons. One, it would be a LONG email. No one has time for that! Second, unfortunately, the story isn’t over yet.

As many of you know, my oldest son Ariel made the choice to move to Israel. He was home for a time during COVID but left in August. He recently became a citizen of Israel while maintaining dual citizenship with the United States. Like all Israeli young men and young women, there is compulsory national service. For Ariel, that includes induction into the Israeli army.

A few weeks ago, I was given the opportunity to arrange a trip to Israel to attend an Army induction ceremony for Ariel’s unit. I decided to take the opportunity and surprise him. After receiving the necessary permission to enter the country, since Israel remains largely closed to foreigners, off I went.

When you arrive in Israel, everybody is given a COVID test at no cost. I also had to go to a lab to have blood drawn to show that I have antibodies to COVID. Otherwise, I would need to quarantine for 10 days. Until then, I stayed with family friends.

I received a call from the Ministry of Health asking about my trip. I thought the call was to tell me I had positive antibodies and could leave isolation. There was definitely a breakdown because of language barriers.

That will come into play later on.

I then went to Jerusalem. I had day before my son’s ceremony. I spent the day in the Old City of Jerusalem. I visited the Western Wall and prayed for the health and safety of my family, friends, coworkers, and patients. I especially prayed for the safety of Ariel during his time in the army.

The next day, along with a good friend, I drove to the ceremony. The army was in on the surprise. Ariel is designated as a lone soldier, since his family is out of the country. Lone soldiers are given a degree of respect, since they CHOSE to move to Israel and join the army. Before the larger ceremony of almost 500 new soldiers, there was a small ceremony for about 25 lone soldiers.

During the ceremony, the parents were hidden from sight. After a recording was played of the families of the soldiers wishing them well and offering words of encouragement and prayer, we were escorted out.

What happened next is truly indescribably. You can see it for yourself, though. Click here to see the reunion between me and Ariel.

Part 2: Dr. Schneider and Ariel Together in Israel 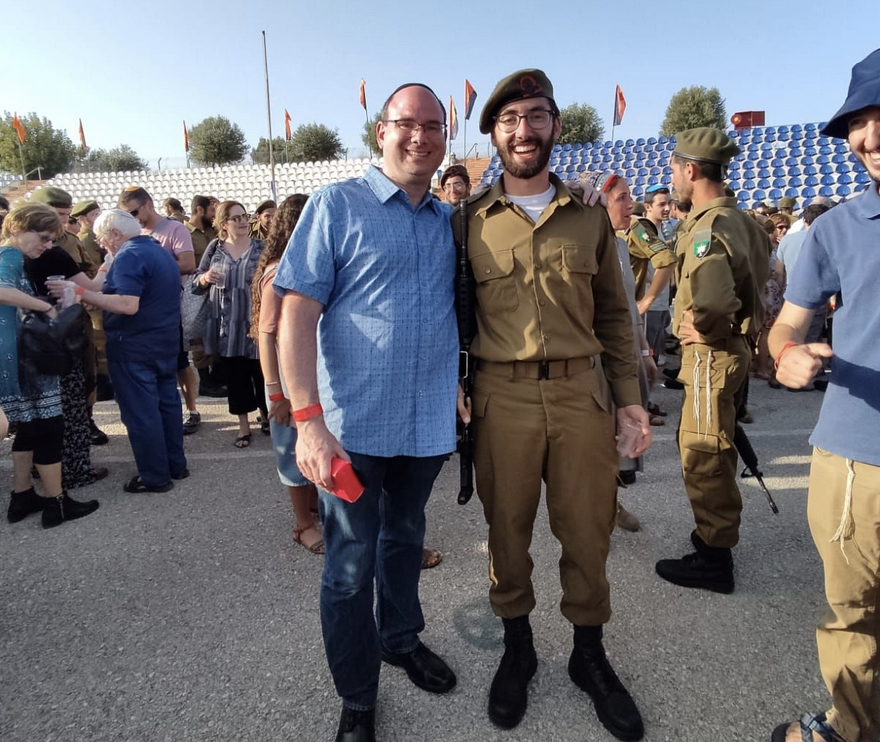 After the surprise, I went to the larger ceremony where his entire unit of almost 500 new soldiers were being sworn in. I found his division and sat right in view of him. I couldn’t understand most of the ceremony, since it was all in Hebrew.

What I found most moving is when each soldier stepped forward, they were handed their rifle and a bible. It was explained to me that the rifle was to defend the land and the bible was the reason why they defend it. The soldier then places the bible over the rifle.

After the ceremony, Ariel was given the weekend off!

We went back to Jerusalem and had a wonderful time just being together. We stayed with good friends, had great food, and did a little shopping. It’s much easier being in Israel with Ariel since he’s fluent in Hebrew. It’s nice to be able to communicate!

We spent the sabbath together, walking around the part of Jerusalem where we were staying. Saturday night, we were invited to a house concert. The performer translated songs by the Grateful Dead into Hebrew. I’ve heard recordings but seeing him live was a lot of fun. It was the perfect way to cap off a wonderful and emotional week.

Sadly, I had to leave early Sunday morning to catch my flight home. I said my goodbyes to Ariel, which was very difficult. I drove to the airport and went to check in.

I wish I could say that I came home, and everything was smooth from that point on. Unfortunately, I ran into some problems.

Part 3: …The Rest of the Story 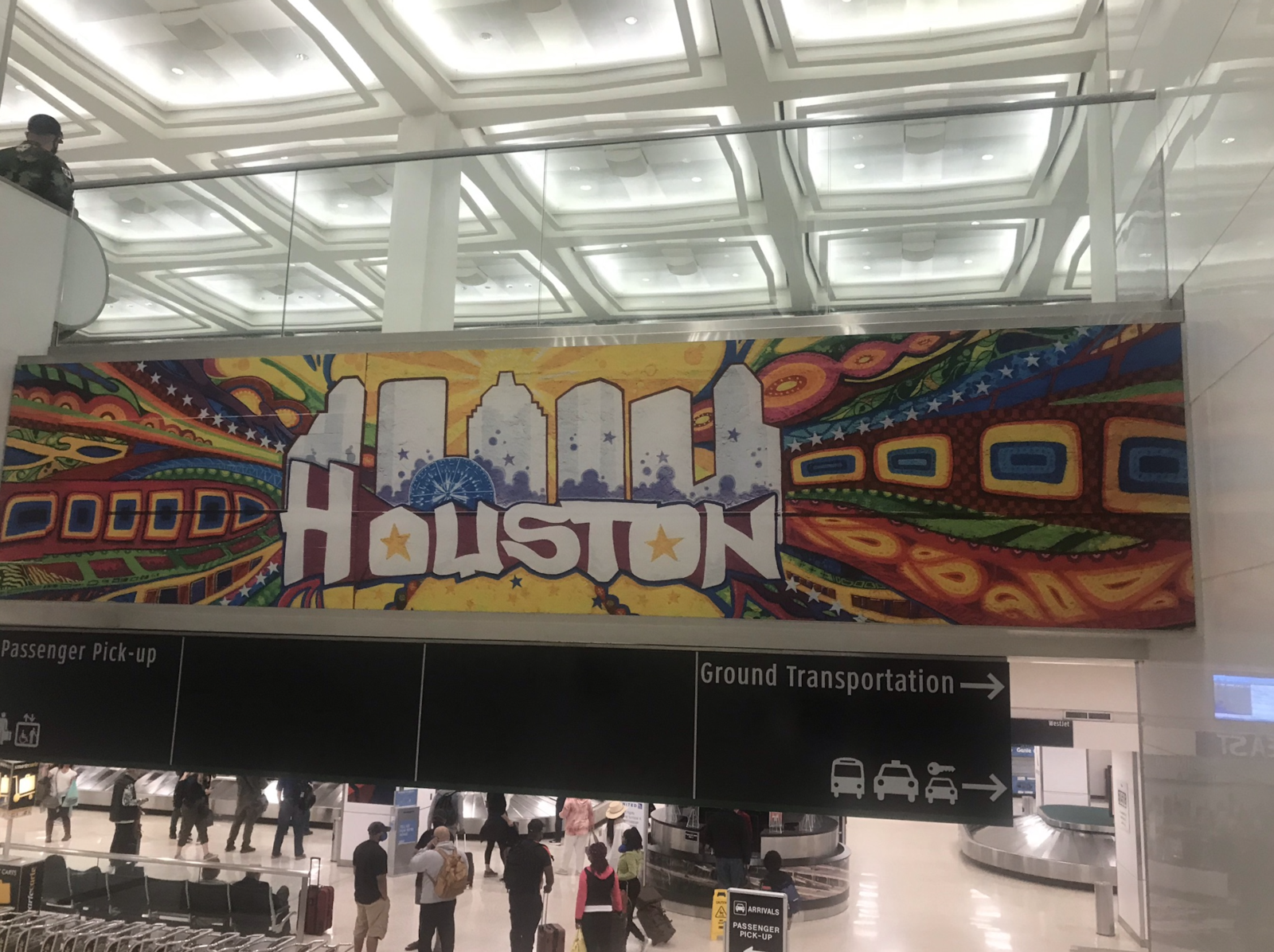 When I last shared the story, I had spent the weekend with Ariel, said my goodbyes, and headed to the airport. After checking in, I went though passport control, where the automated machine wouldn’t let me through. After checking my passport, they had me sit down and I waited for someone to tell me what was going on. I had plenty of time before my flight, so I wasn’t too concerned

What they told me next astounded me.

I was told that upon entering Israel, I tested positive for COVID. I could not leave the country and had to quarantine in a COVID hotel until 10 days had passed from my positive test.

Here’s the thing. I had a PCR test before leaving Houston, which was negative. I had an antibody test in Houston and in Israel, both showing that I had antibodies for COVID due to the immunization. I had ANOTHER negative PCR test a few days before I was planning on leaving Israel. Even so, they refused to call it a false positive. They took my passport, put me in an ambulance, and brought me to the hotel.

As I’m sure you can imagine, the hotel was not the Four Seasons. In fact, it was in the middle of a renovation, but the army took over a couple of floors for COVID patients. During this time, I stayed in my room, making calls trying to get people to listen to me about the false positive test to no avail. The food was okay, not bad but not great. Truthfully, I just wanted to get out of there.

I finally was released the following Thursday. I took a cab to a lab for a COVID test (another negative) and then took a train to the airport. I had a midnight flight home booked but I had to get my passport from the police station. When I arrived at the police station, they initially didn’t want to help me. My passport was in the safe and the officer with the access to the safe was no longer there. I pushed pretty hard about needing to get back home. Fortunately, the officer found a way to get my passport.

I successfully boarded my fight and arrived back in Houston the following day. I was never so happy to be back home.

All in all, the important part of the trip, surprising and seeing Ariel, was worth it. Having to miss an additional week was not ideal but thank you to those who had to reschedule…some of you twice. And, again, thank you for the comments about the reunion video and your prayers for Ariel’s safety.