How To Keep Kids’ [Feet] Safe on Trampolines 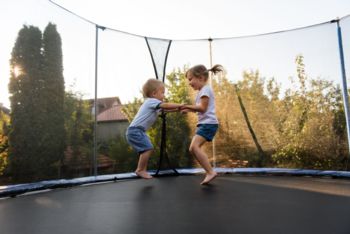 Trampolines are extremely popular toys for kids. In fact, during the long Covid lockdowns, it was almost impossible to order one for your yard. (Which had many podiatrists like me breathing a sigh of relief. If I'm being honest.)

Now, today's trampolines aren't like the ones I grew up jumping on. Most don't have exposed springs. Many have enclosing safety nets. And some, like Springfree, appear to be pretty safety-friendly.

Still, when not used correctly, trampolines happen to be extremely dangerous. In fact, serious back, head, arms, legs and neck injuries are not uncommon side effects of jumps gone wrong. And the equally serious foot and ankle injuries are so common that the phrase “trampoline ankle” has been coined. (It describes the type of fracture commonly seen after a child gets hurt while jumping around on one of these contraptions.)

But...kids really love trampolines. And, as parents, we love to make our kids happy. So, is there a way to keep kids' feet (and the rest of their bodies) safe on trampolines? Let's take a closer look!

One 2015 Canadian study helped explain why these injuries are so common. Basically, as soon as kids jump on the trampoline,  its surface changes at a rapid pace. When kids first climb on, the top of a trampoline is stretchy and pliant. But right after you’ve jumped on it, the surface becomes hard and solid.

Why is that a problem? Lead research study author Dr. Luke Gauthier explains that, when that transformation happens, hitting the mat can have a force that’s “equivalent to falling from a building.” Ouch! No wonder kids get hurt so often!

According to this study, kids can reduce injury risk if they don't fall on that very rigid surface. So, to keep your kids from falling, the study authors have one simple suggestion. Don’t let more than one child on a trampoline at a time.

How would that help? Well, if only one kid is bouncing, the surface of the trampoline can return to its normal pliancy between jumps. But if a bunch of kids get on, any one of them could hit the surface right after someone else’s jump. And that would mean landing when the trampoline top is most rigid and dangerous. Which is a recipe for disaster.

Now, if you're like me, this tip is helpful...but not practical. Most kids just want to jump with their friends! So, is there a way to protect them while allowing for group jumping?

Unfortunately, there are no fool-proof safety rules. But the following tips can help reduce the risk of trampoline-related foot and ankle injuries.

10 Ways to Prevent Injuries on a Trampoline 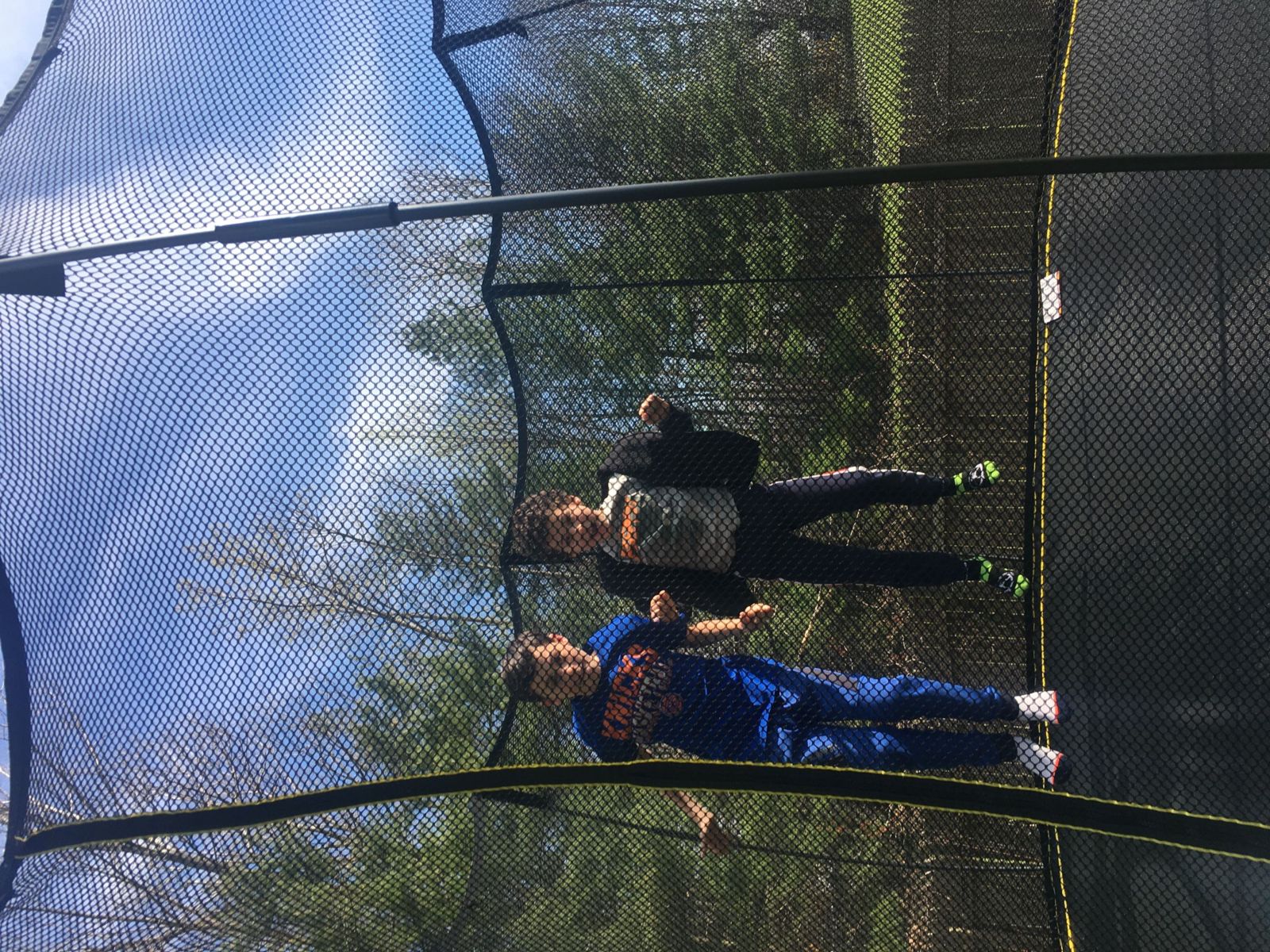 One final note. Because trampolines are considered dangerous, some insurance policies may not allow you to have one. And, even if you can install a trampoline, other people's children may not be allowed to jump. Check your policy carefully and follow these safety rules. That way, you can keep kids (and your wallet) safe and compliant.

As parents, we hate to take away the simple joys of childhood. Kids get to be young for such a short period of time. And we feel it's our job to make those brief years magical.

I get that in a very real way. But I also need to emphasize this warning: don’t mess around with trampolines. I've seen way too many injured kids limping into my office after jumps gone wrong to not respect this so-called toy.

Do I need you to ban jumping forever? No, I know that's not practical. But I do beg you to follow the suggested safety guidelines I've just reviewed. Limit the number of jumpers who climb on at one time. Protect the environment around the trampoline. And watch your children while they play.

Now, I want to be clear. If your child does get hurt on a trampoline, I don't want you to stay home and hope they get better on their own. I promise not to pass any judgment about the cause of the injury.

But I do need you to come in as soon as possible after the trampoline injury. I can take x-rays in the office to figure out what's causing your child's foot pain. And to set any fractures right away, so that they can heal properly.

What's the danger in delaying treatment for kids' foot injuries? It's simple. If the children keep walking or limping on an injured foot or ankle, the problem gets worse. At that point, you may be facing fractures so serious, only surgery can repair the damage. And no one wants that! So avoid that risk and make me your first call if it seems like your child has sustained a foot or ankle injury!

Sign up for Tanglewood Foot Specialists’ free book full of valuable information and helpful tips to keep your feet and ankles healthy and strong. 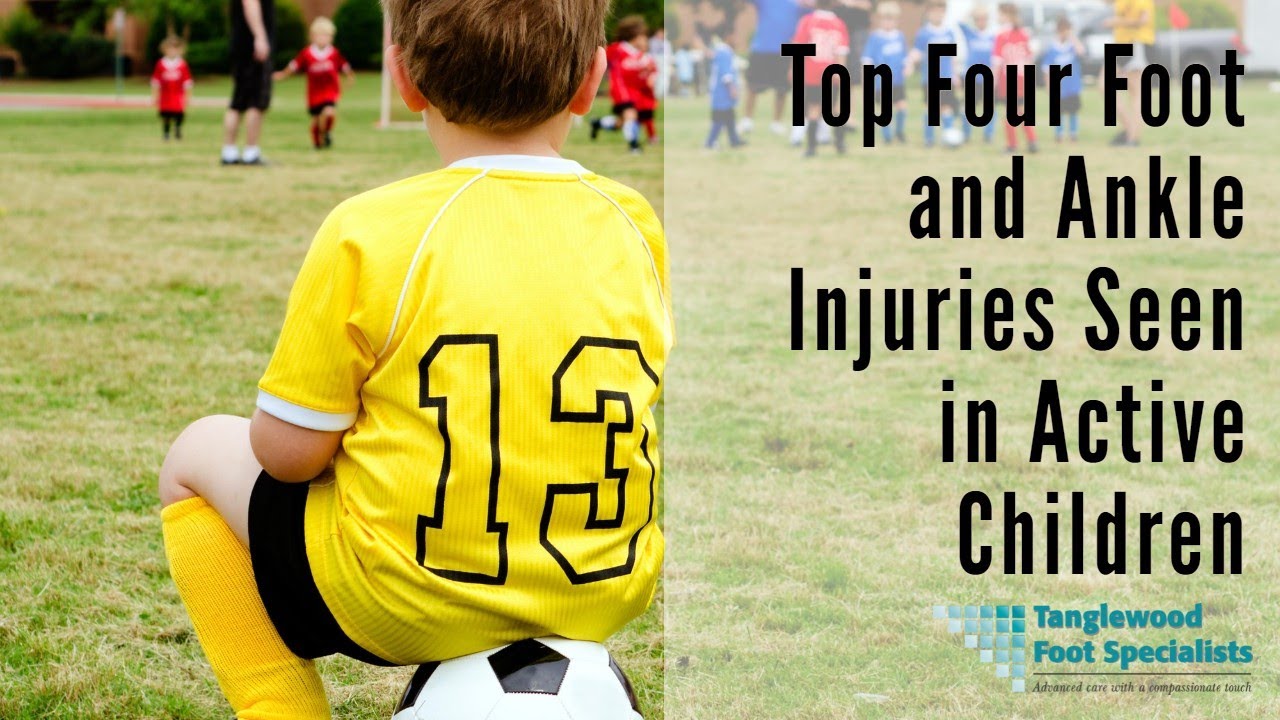 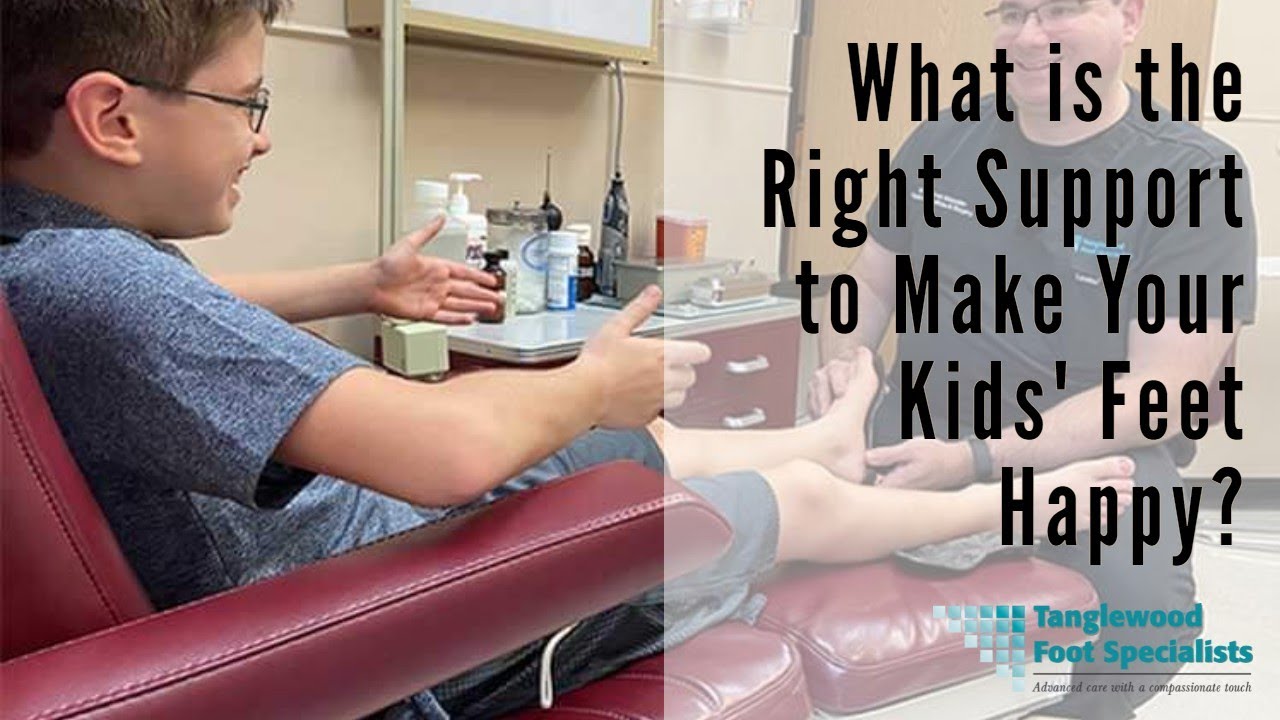 What is the Right Support to Make Your Kids' Feet Happy? 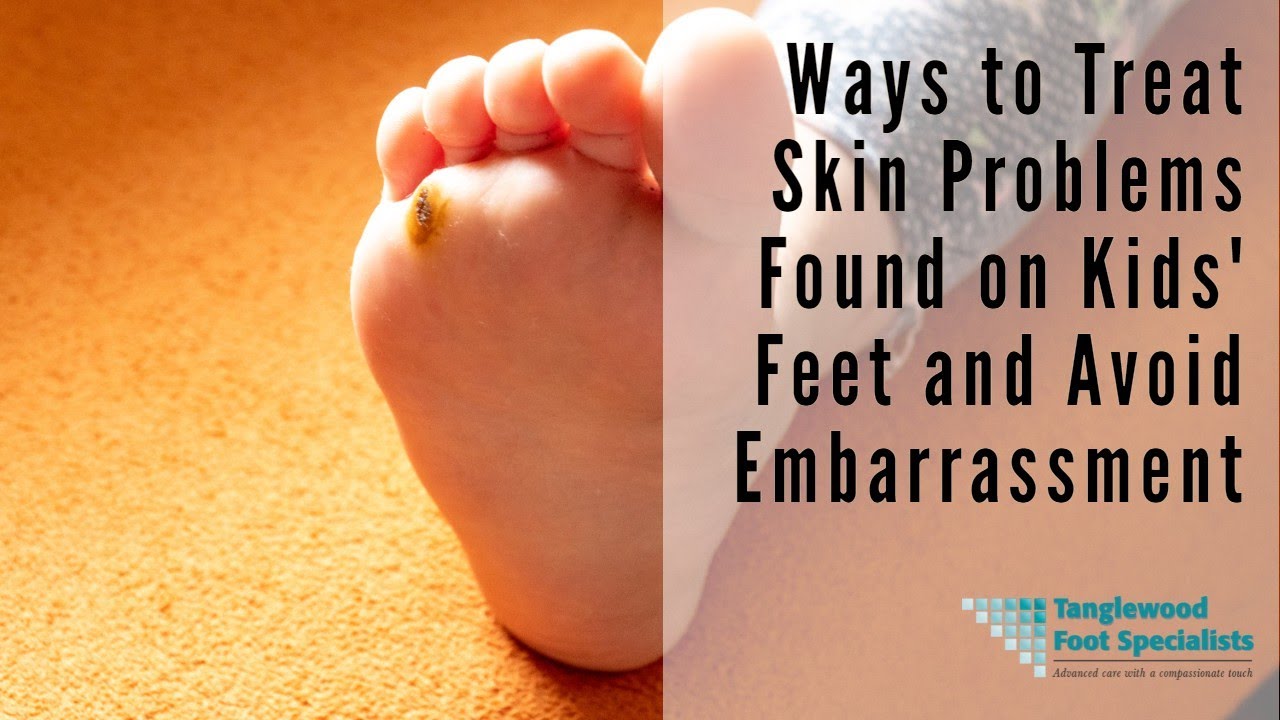 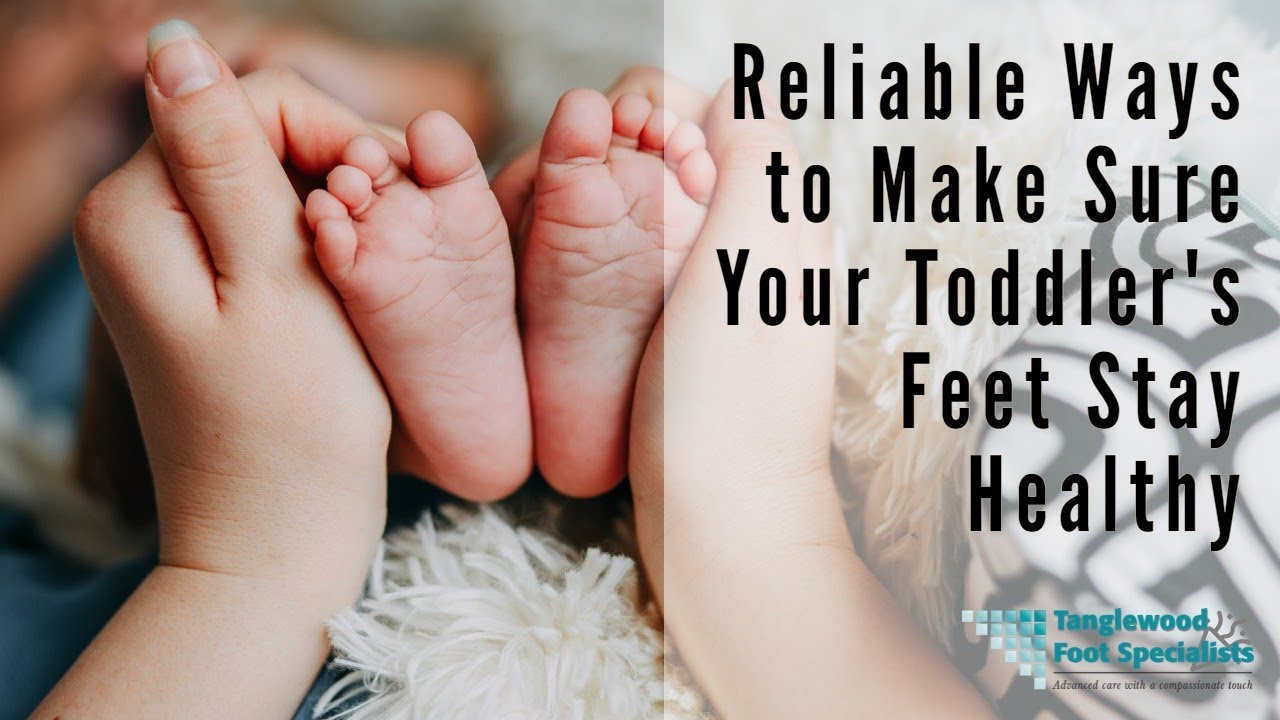