Revealix is the Early Warning Detector For Diabetic Foot Ulcers

To Request an appointment with Dr. Schneider

There are good reasons to avoid a #DiabeticFootUlcer. For one, the average time for a diabetic foot ulcer to heal is 113 days. That's average. So, half of the cases take longer than that. I've worked with patients who had ulcers for years before they healed.

Economically speaking, there are plenty of reasons to prevent a diabetic foot ulcer. Diabetic limb complications cost the US healthcare system almost $79 billion per year. On average, the cost to treat and heal a single diabetic foot ulcer is over $13,000. So from both from medical and economic standpoint, it's in the best interest to stop a diabetic foot ulcer before it starts. That's easier said than done.

At a recent medical conference, I was introduced to a new technology and I was allowed early access as a beta tester. I'd like to tell you about this device which is helpful to recognize the risk factors for the development of a diabetic foot ulcer. It also has indications for other foot
conditions as well.

The #Revealix system looks simple enough. It's an external camera attached to an iPad. It's appearance is unassuming, but the information it gives is powerful. To start, I used a proprietary app to take a snapshot of your feet. It's been well documented that before a diabetic foot ulcer forms, there is inflammation in that area. This inflammation causes an increase in temperature of the area. The Revealix system is able to pick up on that increase in temperature to alert me that a diabetic foot ulcer may be developing. It gives me the opportunity to remove pressure from that area and allow the tissues to cool down. That reduces the chance that a diabetic foot ulcer will form.

When I look at the map of the feet that Revealix provides, red is increased temperature and blue is decreased temperature, with various shades in between. I had the opportunity to scan a patient with diabetes who thankfully has no issues. In this patient's foot, there is no particular color differential. Compare that to a patient who I saw with a callus on the end of the toe. I scanned that patient and found the area to light up bright red. When I remove the callus, I did, indeed, find an ulcer lurking. Unfortunately, it was too late to prevent it, but now that it was identified early, it gives a good opportunity to treat it and get it healed.

I also scanned a patient with a recently healed #wound on the left foot. The right foot also had a diabetic foot ulcer, but it has been healed for over a year. The scan of this patient was very interesting. The wound that recently healed, showed a significant temperature increase, which indicates inflammation. The wound had been healed for longer shows an increase in temperature. This shows that treatment of the ulcer to reduce
the pressure, which reduce the inflammation, ultimately reduces the risk of another ulcer developing. If it is not managed, then there is a risk of the ulcer returning.

So, after scanning my patients with diabetes, I thought why not scan people who aren't diabetic but also may have a soft tissue inflammation. I was pleasantly surprised by the results. I saw a patient who came in for a gout flare-up. Gout is an inflammatory condition where uric acid crystals build up and cause a joint to become inflamed. In this case, it was the great toe joint. The foot with gout lit up bright red in the area that was inflamed. Another patient had pain in the ball of the foot. The x-rays were negative for a fracture or a stress fracture. I decided to scan this patient and the ball of the foot lit up. This showed that, although there was no bone joint issue, the soft tissue was inflamed and needed to be treated.

I'm excited to have Revealix available for my patients. If you come in and I don't offer to scan you, just ask. It only takes a minute. The system is still
in beta testing is not yet widely available. That will change in the near future, however. 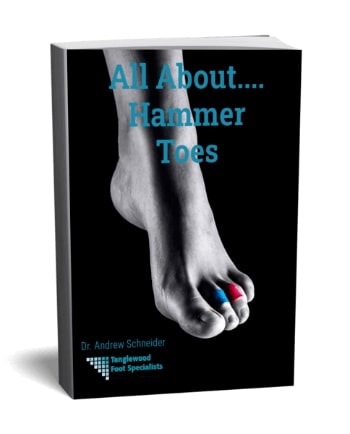 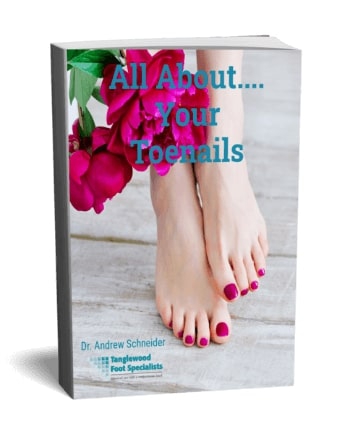