Great News: Foot Strike Theories are a Load of Hogwash!

Did you spend the shut downs trying to seriously get into running? And are you wondering how to avoid injuries? Then this read;s for you! Because, today, I'll epxlore how heel strikes impact running injuries. Plus, I'll introduce data that proves your running posture matters more than you think!

What is a heel strike?

Anyone who researches running theories has heard about heel striking. (That's just the running community's way of describing the way your foot hits the ground as you run.)

Now, many people assume that heel strike is everything for runners. Many theories say that how your foot strikes the ground affects your odds of getting a running injury. Some people believe that a forefoot strike is the only way to avoid getting hurt. (This gait has you landing each step on the front of your foot before rolling to your heel.) But others suggest that heel strikes, when your heel lands first, are just fine.

Not sure where your foot falls when you run? Well, we can help you clear up that mystery with an in-office gait analysis. This important service can teach you many things about the way you walk and run. This includes whether your feet pronate (roll in) or supinate (roll out.) And it can determine whether you're a heel striker.

Of course, with more information about your gait, I can help you prevent running injuries. Often, I'll notice mismatches in your body mechanics. And I can fit you for a custom orthotic, to even your gait and help you avoid overuse injuries.

But guess what? Even if I see you're a heel striker, it may not matter as much as you think. Because, according to research, where your foot strikes as you run doesn't really matter. At least not when it comes to your injury risk

In a game-changing study from the U.S. army, we finally have proof that how your foot strikes when you run makes no difference to your injury risk. For this study, army researchers videotaped over 1,000 runners. (On review, they saw that 83% of them were heel strikers. And that's fairly representative of the general running population.)

Next, researchers spoke to all the participants, both heel and forefoot strikers. And what they discovered may surprise you. After interviewing the subjects, researchers learned there was no difference in the injury rate between the two groups. And that suggests that the way your foot hits the pavement won’t hurt you. So, what should you watch out for when you train?

Looking back at this study, we see again that what will hurt you is overuse. In fact, 15-18% of study participants reported stress injuries from overworking. That means they trained too long or too fast. Or simply neglected to give themselves rest days or cross training sessions.

So if you learn anything from this study, and your Houston podiatrist, learn this: don’t focus on minutia like how your foot hits the ground. Instead, pay attention to your training rituals. First, making sure you build in rest days to your schedule. And always incorporate stretching and strength training to protect the muscles that support your runs.

Then, if you're looking for cool gait tips to avoid injury, check this out. While we just learned that heel striking won't hurt you, your running posture could. So keep reading to find out how posture can prevent running injuries.

Lean Back to Avoid Painful Runs 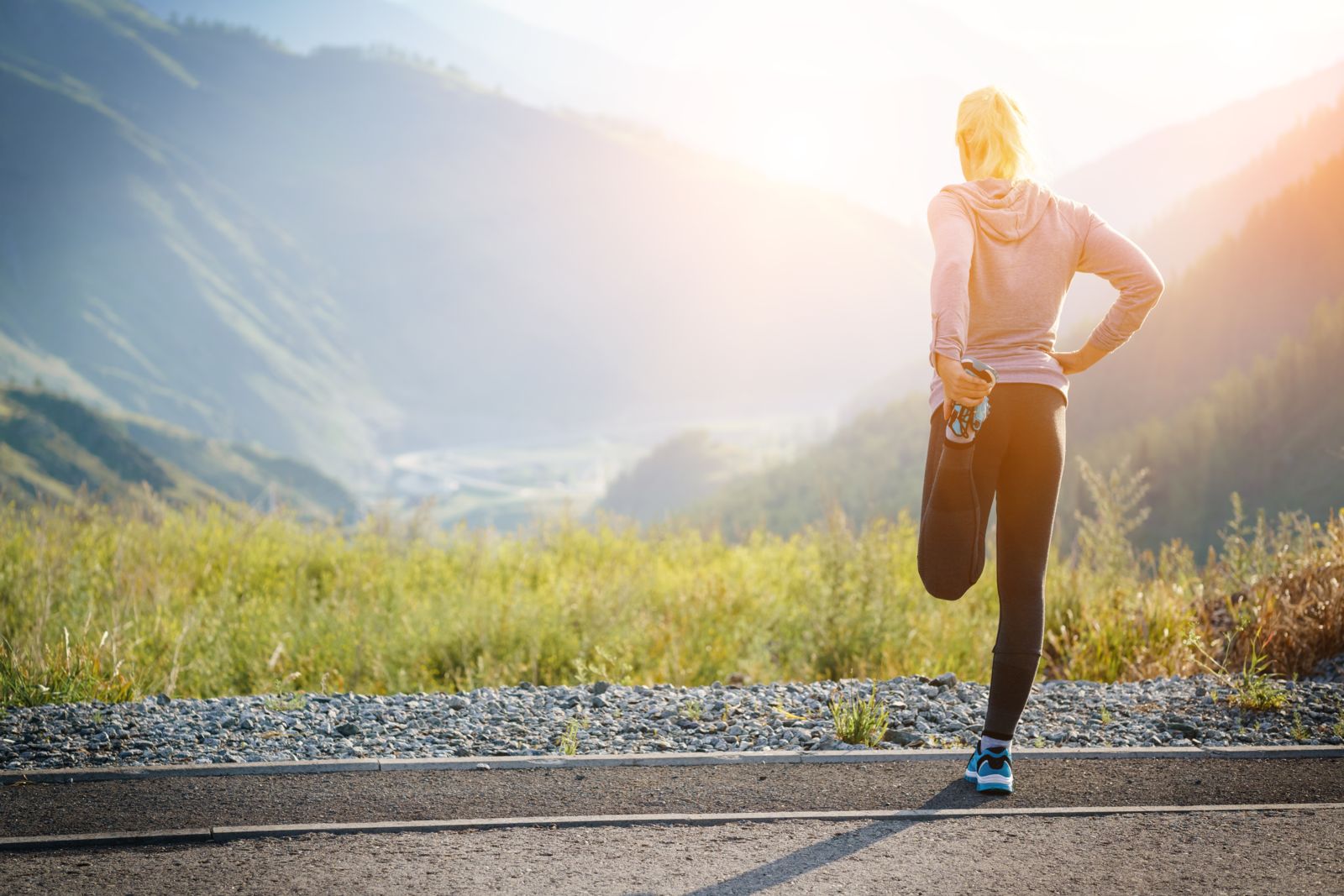 A University of Colorado Denver study tells us how trunk flexion impacts running injuries. This term describes the angle at which you bend forward from your hips as you run. And, as it turns out, leaning forward too far can change your stride, and impact the way your joints move. It can even impact the force of the ground as you land, which is why it matters so much for your injury risk.

Lead study author Anna Warrener, PhD, explained why she explored trunk flexion. She explains that her mentor, Professor Daniel Liberman, “was out preparing for his marathons. [And] he noticed other people leaning too far forward as they ran, which had so many implications for their lower limbs. Our study was built to find out what they were." And they did just that, discovering that leaning forward increasing injury risk. Here’s why.

Your upper body carries 68% of your total weight. Leaning farther forward then puts more pressure on your smaller lower limbs. And, according to the study, that adds up to gait changes that can you’re your body.

Following 23 injury-free runners ages 18-23, Warrener’s team recorded participants as they ran. They trained for 15 seconds, using their natural flexion. Then, they repeated the intervals running at 10, 20, and 30-degree angles. To get runners into the proper position, researchers used a visual cue for participants. They hung a plastic peg over the runners' heads. And they moved it around to cue on the running angle they were testing.

After these trials, researchers learned that more flexion meant shorter strides. In turn, that meant runners took more steps per minute. Which means, if you lean forward too far, you’ll make your body work much harder than if you stood up with straighter posture. And that can increase your risk for an overuse injury, even if you don’t train too frequently.

Also, leaning forward added up to a higher ground force impact on your body. So, if you increase your trunk flexion, you’ll take more steps, and hit your body harder, even on a short distance run. In other words, adopting a straight running posture could help you avoid overuse injuries while you run.

Want to stay safe while you train? Instead of trying to keep up with running trends, be sensible. Stand up straight, find supportive sneakers, and take training breaks.

Then, if you notice pain while you train? Never push through, Instead, pay a visit to Dr. Andrew Schneider at the first sign of problems while you run. Whether you need a gait analysis, orthotics or a posture check, we're here to get rid of that pain. So make an immediate appointment, and we'll make sure that you avoid serious injury.