The Best Treatment for Plantar Warts is Here Today 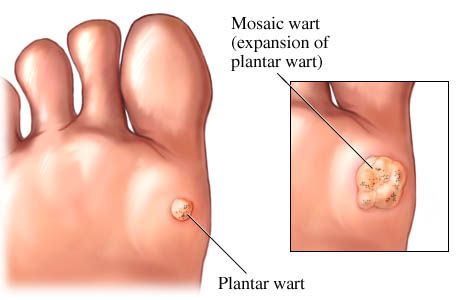 Either you or someone you know has suffered from a plantar wart. Also known as a verruca, sometimes a wart is a single lesion. Other times you can have a whole family of them on your foot. And sometimes you share the wealth and they can transfer to your family members.

If you look at the foot care aisle in the pharmacy, you’ll see lots of solutions to treat warts. Some of them are better than others, but none are quick. Chances are you’ll get frustrated using them. It will reach a point when you’re ready to get them treated at my Houston podiatry office.

What Are Plantar Warts?

A wart, or verruca, is a type of skin lesion. It is usually found on the bottom of the foot. It is possible to get them on the top of the foot and on your toes. There is often hard callused skin growth over it. You also may have a family of warts grouped together. That is known as a mosaic wart.

Warts are caused by an infection caused by the HPV virus that invades your foot through direct contact with tiny cracks in the skin. It embeds in the verruca and needs to be treated in order for the it to be destroyed. 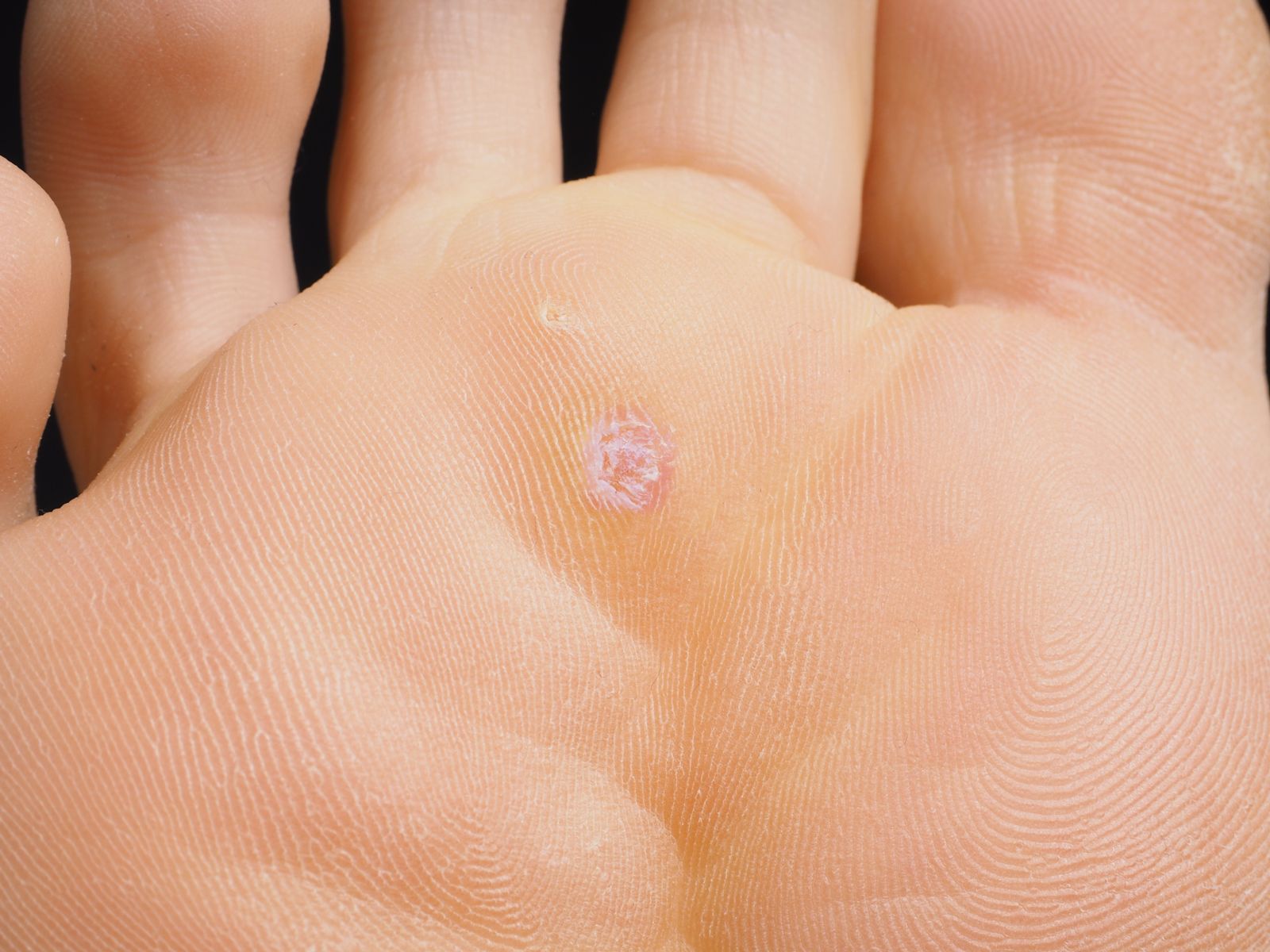 Plantar warts are contagious. But not highly contagious. That means that not everyone who comes in contact with the HPV virus has one develop. In fact, it’s not so easy for a wart to be transmitted from person to person.

A verruca thrives in a dark, moist, warm, environment. That’s why it’s so common on the feet. Our feet in shoes provides exactly that kind of environment. It’s also why it’s transmitted by touching the communal surface of locker room floors, a public shower, and pool decks while barefoot. Once you have one wart, they often spread. That’s why it is so important to get it treated.

Plantar warts are painful sometimes. It depends on its location. A verruca on the ball of your foot is going to hurt more than one on your toe. One in your arch is going to be less painful than one on your heel. The pain will also be influenced by on the size and number of the warts.

Will Plantar Warts Go Away on Their Own?

Warts are considered self-limiting. That means that over time they can go away on their own. And sometimes they do. Here’s the problem. They are often painful, so there is an urgency to treat them as soon as you can. Also, untreated warts can spread to other parts of your foot. That magnifies the problem. It also increases the pain and decreases the likelihood that they’ll go away on their own. That’s why I always recommend treating warts. It’s not worth the risk of them spreading. 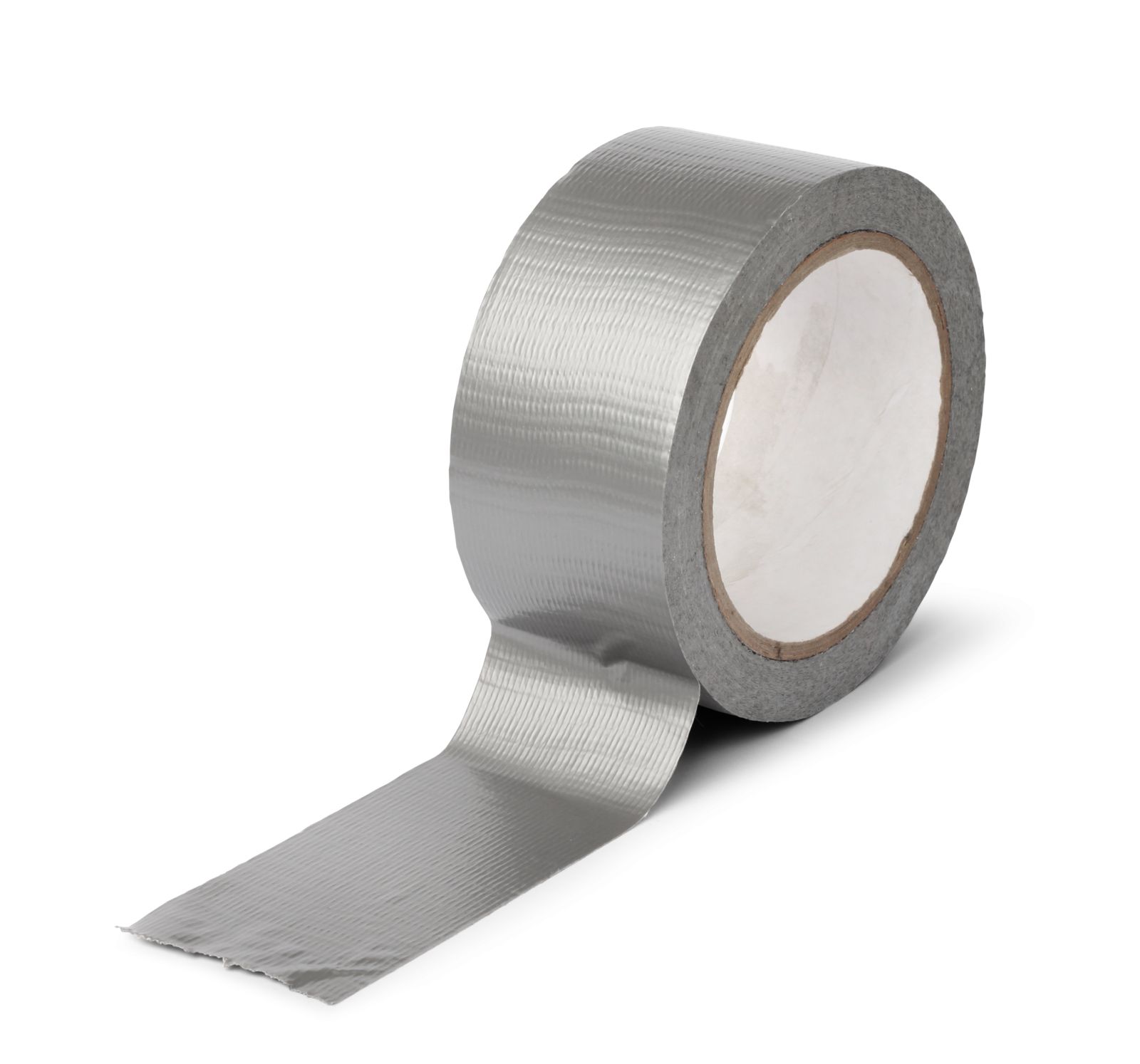 There are many common over-the-counter remedies that might work. They have the best chances with a verruca that is you catch early. Some of them freeze the wart. Most of them use salicylic acid to destroy the wart tissue. Most people who I see in the office have tried at least one of these remedies. They became frustrated when they didn’t work.

There are so many home remedies that are suggested for treating warts. A popular one is using apple cider vinegar or lemon juice on the wart. Another is applying duct tape to the plantar wart. Some even advocate using liquid butane or clear nail polish on the plantar warts. I don’t recommend any of these. The chances of them working are small.

How Are Plantar Warts Removed?

Plantar warts have been traditionally treated through a number of means. Your doctor may suggest:

Why so many choices? Different therapies work for some people but not others. The goal is to destroy the wart tissue. This is done without damaging the healthy skin. Unfortunately, sometimes the healthy skin is damaged and leads to scarring. That scar can be as painful as the lesion itself was. And scars are forever. 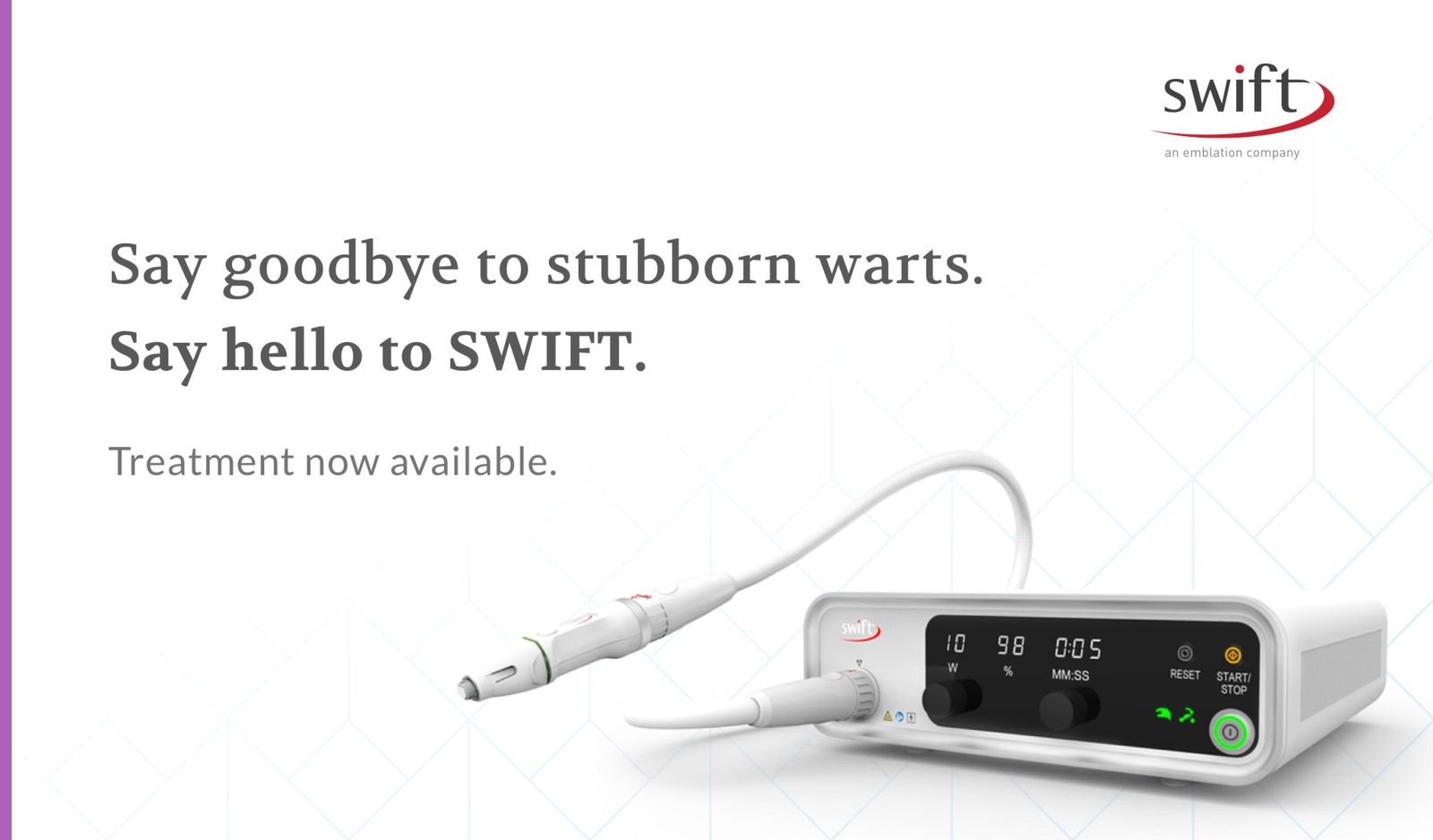 There is a better solution.

We are pleased to be one of the first medical office in Houston to offer the Swift treatment for plantar warts. The Swift system uses microwaves energy applied to the verruca. This stimulates an immune response. The microwave energy heats up the adjacent water molecules to uncloak the viral tissue. This enables your immune system to fight the virus on its own. Other therapies have uncertainty about effectiveness and timeframe. Swift works in up to 3 sessions, spaced one month apart. It eliminates the frustration associated with treating plantar warts.

A session with Swift only takes a few seconds. It does not cause pain other than a minor bite at the end of the energy burst. There is no open wound. There is no scarring. You don’t even need a bandage afterwards. And you have no restrictions after you are treated. You can go for a run or swim. No problem.

I believe that Swift is the new gold standard to treat plantar warts. It even works for long-standing recalcitrant plantar warts. To learn more about this innovative therapy, contact my office.

Houston podiatrist Dr. Andrew Schneider has been effectively treating plantar warts for over 20 years. He’s helped patients who have come in with a single lesion to those who had over 100 of them on one foot. That’s no exaggeration!! He’s so confident that the new Swift treatment for plantar warts is going to be a game changer. Contact Dr. Schneider for an immediate appointment. Get those plantar warts treated by a professional once and for all!