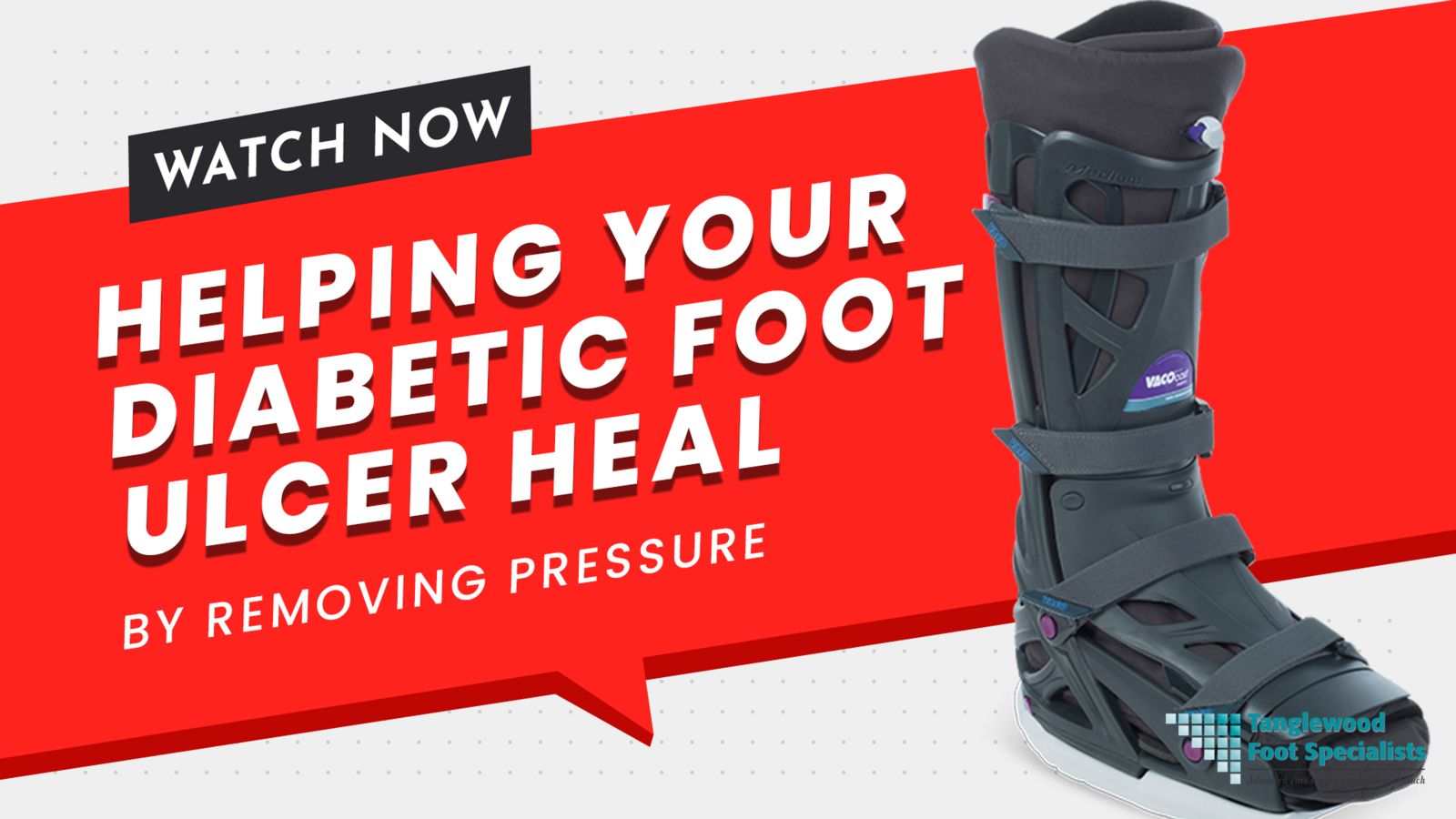 There's a saying in the wound healing world that what you take off a wound is as important as what you put on it. My name is Dr. Andrew Schneider and I'm a podiatrist in Houston, TX. In previous videos, we've discussed using wound dressings to help your diabetic foot ulcer to heal. In today's video I'm going to discuss how to remove pressure from a diabetic foot ulcer to help it heal quicker.

Here's the thing. Most people are receptive to having a dressing regimen, being prescribed medication, and even regular office visits to manage the ulcer. When I start talking to them about offloading the wound, there is usually some pushback. That's because they don't want their mobility impaired. Even if it's the mobility that's preventing the foot ulcers from healing. The gold standard for healing diabetic foot ulcers is a total contact cast. This is exactly what it it sounds like. It is a below-knee cast that is applied to control the pressures and offload the wound. It has it's drawbacks. however. First, it needs to be applied exactly right. If it creates an area of new pressure, you may risk a new ulcer forming.

An alternative that has proven almost as effective is a removable fracture boot. Although first glance shows this to be a great answer to healing your diabetic foot ulcer, the problem lies with the boot being removable. In fact, there was a study done that showed that if a removable walker was used, it was used when bearing weight less than 30% of the time. That seriously compromises the removable walkers' efficacy in offloading your wound.

There are a new generation of walking boots that are designed specifically to heal a diabetic foot ulcer, rather than provide support for a fracture. These boots utilize vacuum technology to make the fit total contact. This suspends the foot in the bead-filled vacuum insert and removes the pressure. Even better, there's a way to make this boot non-removable to ensure that your wound is offloaded whenever you are bearing weight.

Then there are the tried and true methods that work if they're used. These include bed rest, wheelchairs, crutches, and knee scooters. Although people have the purest of intentions, they are only as good as the amount of time they are only used. Other well-meaning attempts at offloading wounds include the use of surgical and wedge shoes. These shoes are useful for transferring, but not so useful for offloading. Even so, they are used often as a means to offload a wound. While they may be better than walking in your own shoes, they still keep a lots of pressure on the foot ulcer itself.

Let me give it to you straight. You've devoted so much time, energy, and resources to heal your diabetic foot ulcer. You've been dedicated to changing your dressings or using a skin substitute to heal your wound. It's time to finish the cycle by properly offloading your wound. When it comes up, you should be receptive to the options.

Treating Diabetic Foot Ulcers Is Essential to Save Your FeetSend My Free Book!