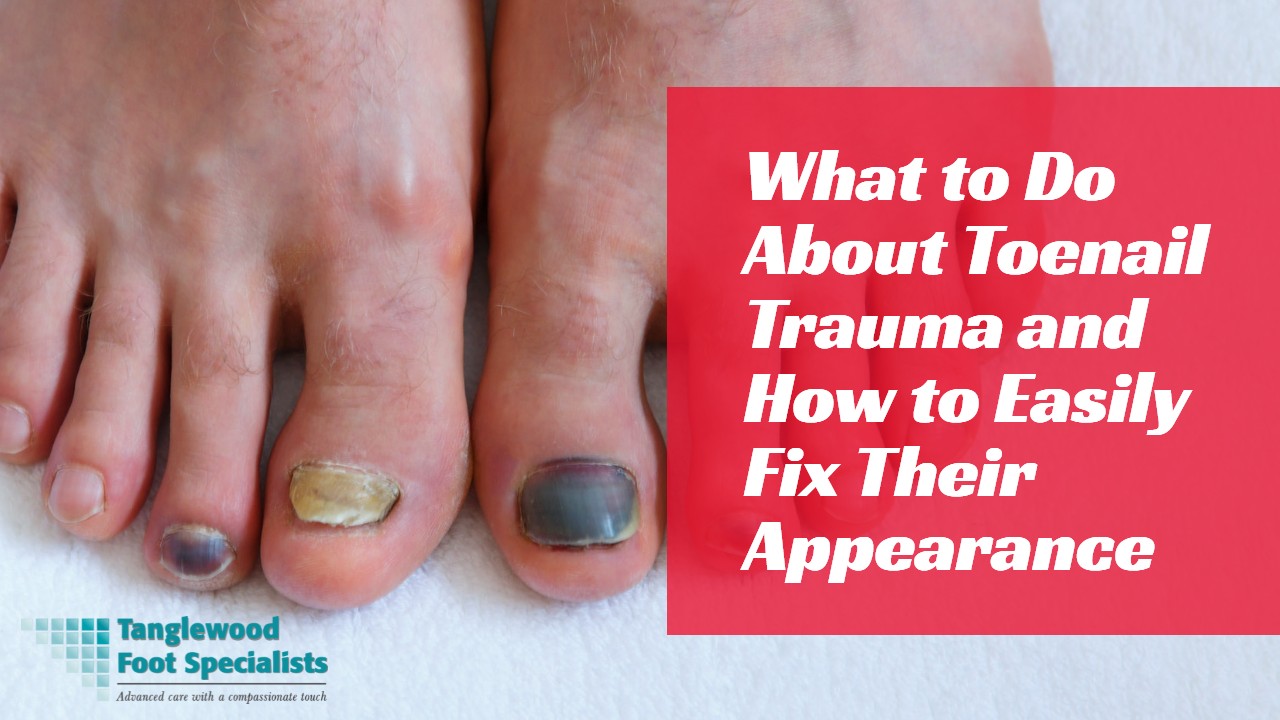 Have you ever stubbed your toe? Sometimes it could be so severe that you sprain or break your toe. Other times the bones are okay, but you damage your toenail. That could be just as painful as breaking your toe. If you hit your toenail on something, or if your toe gets stepped on, you may notice a darkness beneath your toenail. Sometimes the nails start to lift off the nail bed. This is because of bleeding beneath the toenail. The blood gets between the skin and the underside of the toenail and there's just nowhere for it to go. This can cause redness surrounding the nail and pain. If this happens, you should get it checked by a #HoustonPodiatrist.

Runners and other athletes sometimes have trauma to the toenails as well. This is from the repetitive pressure of the nail hitting the end or the top of the shoe. Sometimes this repetitive microtrauma will lead to the nail thickening. Other times, especially after a longer race, you can have blistering or bleeding beneath the nail. This is commonly referred to as runner's toenail.

Believe it or not, the same injury can happen from wearing a shoe that is too short. It doesn't take much to cause trauma to the toenails. It's a simple process to relieve the pressure caused by bleeding under the nail. In the office, I perform a painless procedure where I make small holes in the toenail. This allows the blood to drain from beneath the nail. When we're able to do this soon after the injury, the nail is often able to reattach to the nail bed and continue growing.

At this point, one of two things will happen. If we were successful in saving the toenail, the nail will just grow out. The darkened portion of the nail will ultimately reach the end and you just clip it away. It takes about nine months for a great toenail to regrow, start to end. For the other toenails, about six months.

Sometimes, if the injury is more severe, or we don't get to it in time, the nail will separate from the nail bed and a new nail will start to grow beneath it. If this happens, it will look like the nail is thickening. When the new nail progresses far enough, the top nail will loosen and ultimately come off. When this happens, it usually comes off with no pain and no bleeding. You just feel the nail rattling around in your sock. There's no reason to come to the office unless there's pain, bleeding, or pus when that nail comes off. When that top nail comes off, the new nail beneath it may not look so healthy that's because it started to grow beneath another nail, so it was never able to fully develop. Not to worry. As the nail continues to grow, it should return to its regular appearance.

Well, what do you do while you're waiting for the nail to grow out? Most people are unhappy that their toenail is not appearing like the others, especially when they're wearing sandals and open-toed shoes. But there are solutions and some are better than others. What some people do is get an #AcrylicNail put on the toe. I do not recommend this. Acrylics are not meant for toenails. They're not flexible and when there's pressure from wearing shoes, they can dig into the toe, cause an ingrown toenail, and lead to an infection. The acrylic nail is also damaging the new nail growing beneath it. It's non-porous and essentially suffocates the nail beneath it.

A better choice is using a cosmetic solution that is safe to use on the toenails and doesn't damage the new nail growing in. This is a procedure called #Keryflex. Keryflex is a cosmetic nail system that gives you a nice looking nail while your natural nail is recovering. It's made from a keratin resin, the same material that your toenail is made from, and that makes it flexible and porous. The flexibility of the Keryflex will prevent it from digging into your toe, preventing it from forming into an ingrown toenail. Because it's porous, it won't suffocate or damage the new nail growing beneath it. Keryflex is used in our office for both women and men who wish to have a nice appearing toenail after their own nail has been damaged. 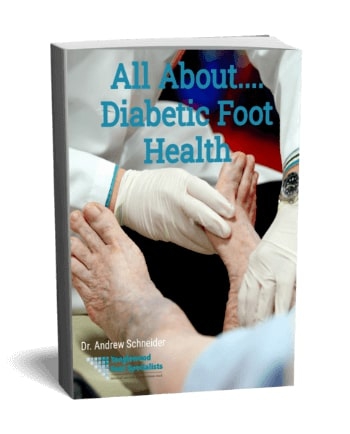