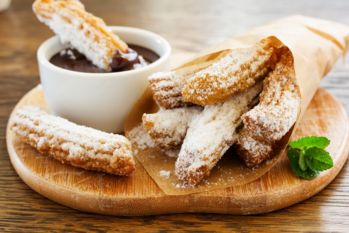 Cinco de mayo is this weekend! Are you getting your party menu ready? If you're diabetic or are welcoming a diabetic guest to your festivities, you won't want to miss this alternative Churro recipe from Diabetic Gourmet magazine!