This past week had two major injuries. One was very public. Last Sunday, Dallas Cowboys quarterback Dak Prescott broke his ankle. If you saw it, it was a gruesome injury. Last Thursday, my son Jonah fell at school and suffered a moderate concussion. It’s hard to compare a broken ankle to a concussion. There is a major element of both injuries that made one worse and the other not as bad. 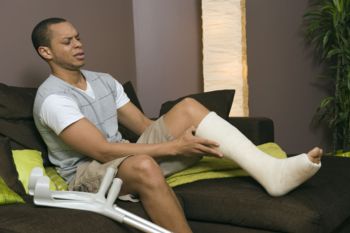 I’m a big football fan, despite my teams having gone nowhere for a long time. I grew up a New York Jets fan and suffered through many cold seasons as a season ticket holder. After I moved to Houston, we jumped on Texans season tickets as soon as the team was announced. Both teams are not providing stellar performances this year.

The Dallas Cowboys are simply not on my radar. But in their game last week against the Giants, I could not ignore it. The Cowboys quarterback, Dak Prescott was running with the ball in a draw play. He was brought down by Giant’s Logan Ryan and his ankle got caught beneath Ryan. While underneath, the ankle rotated and broke. When he came out of the tackle, his foot was facing the wrong way. He was carted off, understandably with tears in his eyes.

A few days later, my youngest son Jonah was running around the basketball court at school. A low branch hit his face and he fell straight back with his head bouncing off the concrete. He blacked out, was forgetful, and unsteady on his feet. Jonah was evaluated at Texas Children’s Hospital. They diagnosed him with a moderate concussion. Fortunately, there was no bleeding or fracture. We Schneiders have pretty hard heads!

There is one movement that worsened Prescott’s ankle injury. The lack of it prevented Jonah’s concussion from becoming worse. 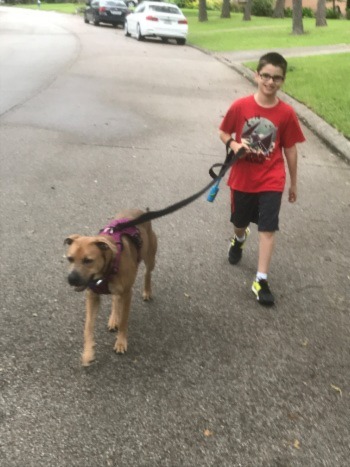 The motion that hurt Dak Prescott the most is the rotation of the ankle. This happened while his ankle was trapped under the Giant’s player. This caused the compound fracture, splintered the bones, and the season-ending injury. The rotation made his injury as bad as it ended up being.

Contrast that to Jonah’s concussion. The injury occurred when he was hit in the face and fell straight back onto the concrete. The doctor shared that because he fell straight back, the concussion was not as bad as it could have been. If his head rotated during the fall and contact, it would have led to a much more severe concussion. So, he was saved by a lack of rotation.

Rotation can be considered a multiplier to any injury. When the foot plants and rotates, a metatarsal fracture can result. I have a patient who kicked a soccer ball with his kids. The rotation caused a foot fracture. Think back to former Texan’s quarterback Matt Schaub. His foot was planted, and the rotation caused a season ending Lisfranc injury.

So, our take-home message is that rotation is bad. Whether it be your foot, ankle, or your head. I wish Dak Prescott a quick and smooth recovery. I’m happy to share that Jonah is recovering from his concussion very nicely. He’s back at school and is doing much better.

If you feel like you may have a foot or ankle injury. Whether a sprain, fracture, or anything else that causes pain. Contact Houston podiatrist Dr. Andrew Schneider for an immediate appointment. We have x-ray on site and can diagnose your issue quickly. Don’t hesitate to call.