You Really Need To Rest a Bruised Foot, Even if You’re Madonna 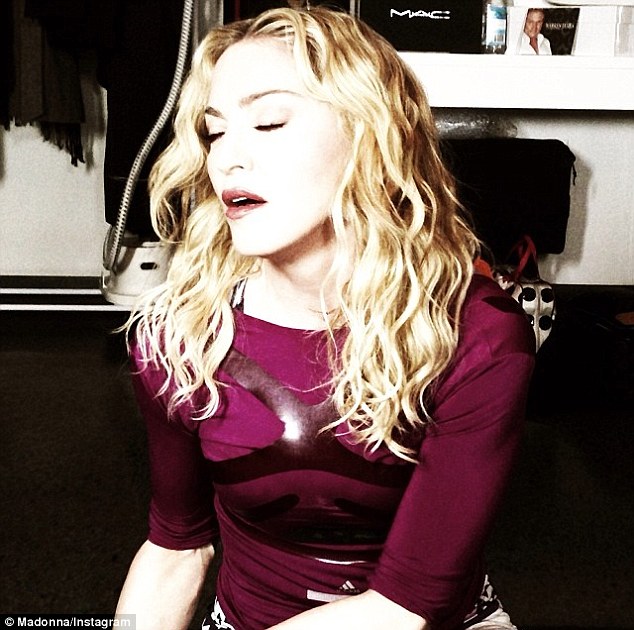 I feel like I’ve been talking about Madonna’s bone-bruised foot for way too long…and maybe that’s because I have! It’s almost March and the Queen of Pop is reportedly still hurting from a relatively minor injury she got dancing in high heels back in early January.

That’s almost two months of recovery time for an injury that is less serious than a broken bone (a bone-bruise results in swelling and pain from the bone without there being an actual break. It is considered the just-before-a-break step.) For most broken foot bones, recovery time can be limited to several weeks, after the bone has been stabilized and immobilized.

Of course that fairly quick recovery time only happens if you rest your injured foot, and Madonna totally hasn’t been doing that. Just days after revealing her injury, she tweeted a picture of herself doing a modified workout. While. On. Crutches. Bad idea, much?

When she appeared at the Grammy’s a few weeks later, she needed crutches as she performed on stage. You would think that would suck enough to make her want to rest up and get better, but she just took it in stride, matching her canes to her different red carpet looks and going about her business as usual.

For a little while after that, we didn’t hear much about Madonna’s foot, but just recently, the fitness-fanatic star tweeted a picture of herself icing her foot after yet-another ill-advised workout (this time she apparently co-taught a spinning class with her trainer in Toronto!) She captioned the photo, “Post work out! Foot in the Ice Bath. A girl has to make a living!”

Where, oh where, I ask is Madonna’s podiatrist? In my Houston podiatry practice, I make sure my patients understand the importance of resting after an injury. Because I do, they actually heal! I guess if Madge wants to get better, she should step away from her celebrity fitness trainers and come see me at Tanglewood Foot Specialists instead…