You Won't Believe How Often Exercise Leads to Chronic Pain!

Like many of my readers, I’m more of a weekend warrior than a regular athlete. But when I’m in the zone, training for a half marathon or even just getting in my regular jogs, it feels good…except when it doesn’t.

Over the years, I’ve definitely seen exercise take a toll on my body. I’ve had heel pain and numerous other ailments that often send patients running into my office. And, as it turns out, we’re not alone in that fact.

According to a survey of 2000 people, conducted by OnePoll and Therma Care, about 80% of the respondents participated in some form of physical activity at least once a week. And, at the time of the poll, 60% of the group were experiencing recurring pain due to a recent or older sporting injury.

Among the injured respondents, those injuries were a result of many different forms of exercise. 25 % admitted to getting hurt while warming up; 45 percent thought they got injured because they didn’t warm up enough! And for the ones who were hurt doing actual exercise, the injures were typically the result of pulling a muscle or tendon (49%) or making an incorrect movement (51%).

Running Through the Pain: Just a Bad Idea 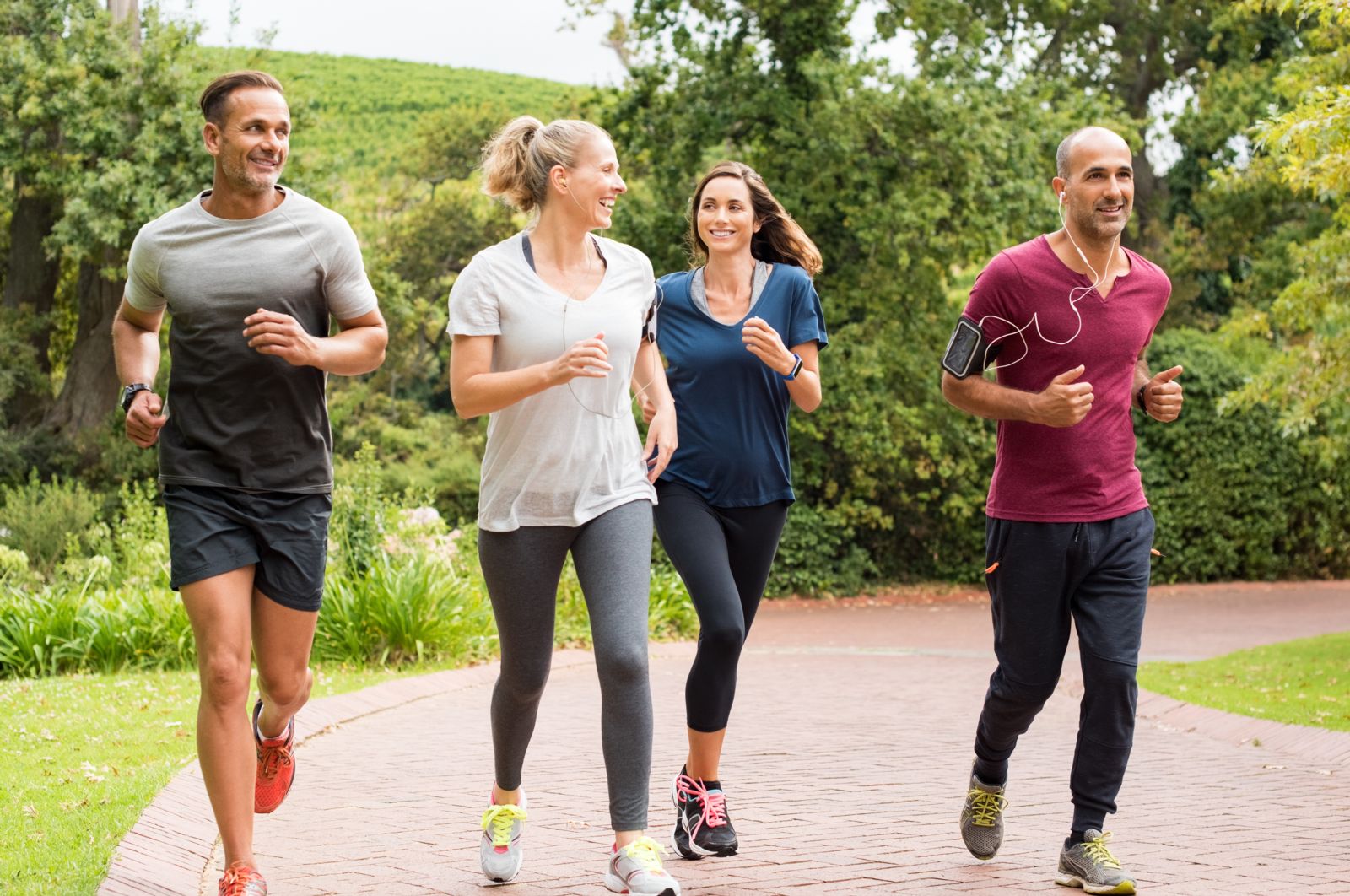 Are you ready for a really troubling statistic that came from this survey? 44% of injured women, and 33 % of injured men, went right back to their sporting activity after getting hurt. They tried to act like nothing had happened, making them more likely to worsen any existing damage they had sustained.

While that may seem like a ‘brave’ thing to do, it’s actually a terrible idea. Pushing through the pain of an injury just makes it more likely that you’ll be sidelined by that injury for a longer period of time. In fact, the survey results reflect that fact: 32% of the injured respondents were unable to participate in any type of sporting activity because of their recurring pain.

Unfortunately, these numbers are not limited to the respondents in these polls. I see so many patients in my office who were injured months ago, but kept trying to train through the pain. By the time they see me, they are dealing with a bigger injury—and a longer recovery period—than would have been the case had they seen a podiatrist at the first sign of discomfort.

I get how annoying it is to stop your weekend runs. I understand how upsetting it is to stay on the bench and let down your athletic team. But I need you to understand that, as soon as you get hurt, you need to see a doctor and take a rest, regardless of your frustration.

In my Houston podiatry practice, I help you stay fit while you recover from an injury. Working together, we can come up with a list of exercises or movements that will help keep you in shape without making your injury worse. And, we come up with a realistic timeline for when you can return to the activity during which you sustained your athletic injury, be it running, soccer, baseball, basketball…heck, even golfers get hurt sometimes, walking the green (or just walking from the tee to their carts!)

Sports injuries happen to all of us. They’re practically a given. But recurring pain doesn’t have to be. If you seek immediate treatment for an athletic injury, you are far less likely to face recurring foot pain. And you’re far more likely to get back to a pain-free, active lifestyle that you can sustain for years to come!