How You Will Know If You're Getting a Properly Made Custom Orthotic?

Free Resource: All About Custom Orthotics Book
To Request an appointment with Dr. Schneider 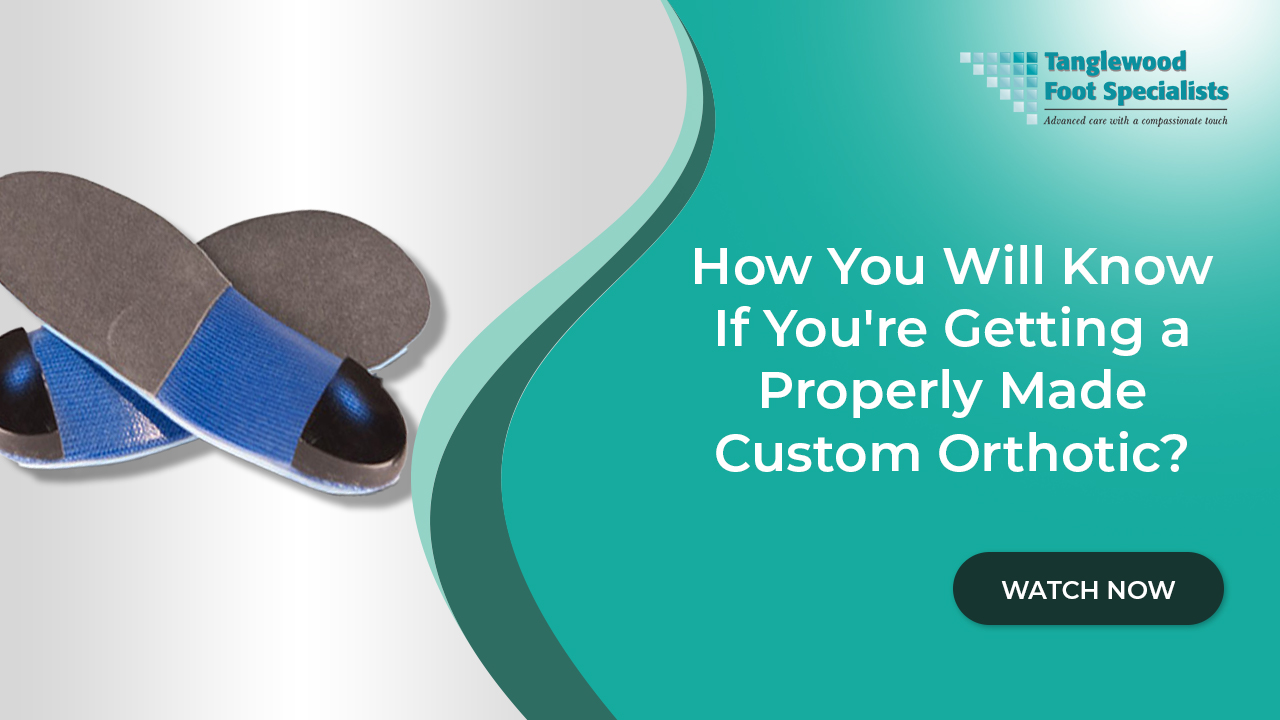 So, a custom orthotic is recommended to you. You have friends who you know were orthotics and you asked to see them. You ask 3 friends and each pulls out something very different from their shoes. My name is Dr. Andrew Schneider and I'm a podiatrist in Houston, TX. Yes, even within custom orthotics there are many philosophies and differences In today's video I'm going to discuss differences between the different types of orthotics.

When it comes to a #CustomOrthotic, you should see some of the things that I've seen. I've seen expensive orthotics that are no better than foam insoles. I've seen practitioners take a mold of one foot and have the lab make a mirror image for the other foot. Trust me, it's rare that both feet are mirror images.

Few practitioners take the time to perform a comprehensive #BiomechanicalExamination to learn about how you are walking and running. Even fewer will watch you walk and do a #GaitAnalysis. To me, a proper custom orthotic can't be made without these vital exams. Even when a podiatrist takes a mold of the foot, they often leave it up to the lab to decide how the orthotic should be made. There's even a checkbox on the prescription form for "Lab discretion." Imagine if I wrote a prescription for an antibiotic and just wrote "pharmacy discretion." That would be absurd! It's no different when prescribing a custom orthotic.

A common controversy, even between practitioners, is whether an orthotic should be hard or soft. Here's the thing, feet crave consistency. Think about going for a run on the sand at the beach. It's much harder than running on a solid surface like a road. That's because you need to work harder to propel yourself forward while the sand is loose under your feet. The same thing applies to an orthotic that is too soft or flexible. It will deform as your foot moves and, while it gives some stability, your feet ultimately will work harder in a soft orthotic. Many default to a more flexible or soft orthotic, because it is easier for someone to get used to them. I'd rather some initial discomfort for a device that is really making a difference than something that is immediately comfortable, but less effective.

A firm custom orthotic will provide your feet with the stability and efficiency that they need. Because they're made from a mold of your foot, you shouldn't feel that the orthotic is firm, but rather should feel the cushioning of your shoe. Also, using a harder material will mean that I need to use less of it to achieve the stability that you need. That will allow you to wear your custom orthotic in your current shoes, without the need to go to a larger or wider shoe. We can even make custom orthotics that fit women's work shoes, high heels, and western boots.

Another difference in orthotic construction is the best way to take the mold for the custom orthotic. The methods vary. Some people step in the
foam box. Others stand on a digital scanner. Still others have their feet scanned while in the treatment chair. The problem with many of these methods is that you're capturing the foot in an unstable position. In fact, I've been scanned numerous times with the digital scanner. I have a very flat foot. In every case, the custom orthotic that was returned to me was completely flat. No support whatsoever. I'd really like to use a scanner, but I haven't seen the technology match the tried and true methods that I use.

I stay old-school with my molds. I take a mold of your feet using plaster splints and hold your foot in what is the most stable position. To me, this
method leads to the most effective custom orthotics. These orthotics will work for you whether you have a flat foot, a high-arched foot, or anything in between. That's because of the measurements I take. Each orthotic will be made specifically for each foot. In fact, it's rare that one foot has the exact same prescription as the other foot.

Finally, there's always a question as to whether a custom orthotic can be worn in sandals. Some sandals are made with a removable foot bed. In those cases, we remove the footbed and replace it with the custom orthotic. If the foot bed isn't removable, I have many patients use a work around by securing the orthotic to the sandal with Velcro or double stick tape.