Running is one of the most accessible sports and forms of exercise that you can do. You just need to lace up your shoes, step out the front door and go. But despite your best intentions, however, injuries do happen. Some of the most common injuries are inflammation of the tendons coming into your feet. My name is Dr. Andrew Schneider, and I'm a podiatrist in Houston, Texas. In my practice, I work with many runners of all levels and abilities from someone training for their first 5k to the someone who's running their 15th marathon.

The best way to treat a running injury is to avoid it altogether. The first video in this series discussed steps that you can take to prevent running injuries. Take a look at that video, especially if you're starting your own running journey now. If you run long enough, you're going to experience an injury. It may be because of a mileage increase, a change in running surface, or running and choose that may have worn out, but don't let an injury discourage you. You should come into the office to get checked at the earliest sign of injury. That will ensure you'll be able to keep on running.

The most common tendonitis of the foot and ankle is Achilles tendonitis. It's also the hardest and the most frustrating tendonitis that treat. The Achilles tendon travels down the back of your leg and attaches to the back of your heel. Most people feel the pain from Achilles tendonitis a few inches above the heel. In some cases it can cause the tendon to bulge and swell in that area. The reason Achilles tendonitis is so common in that particular site is because it's a section of the tendon that doesn't get as good blood flow as the other parts of the tendon. That makes it easier to become inflamed. Unfortunately, it also makes it more difficult to treat and eliminate that inflammation. Achilles tendonitis is common in runners with less stable foot types, such as a flat foot or a high arch foot. The tendon ends up being used more than it should, which makes it susceptible to becoming inflamed. I initially will treat this inflammation with oral anti-inflammatory medication. If you have a flat foot, I'll also recommend medical grade insole initially. With other inflamed structures, such as plantar fasciitis, or even the other forms of tendonitis that we'll discuss, it's common to treat them with a cortisone injection. Because of the poor blood flow of the Achilles tendon, we don't use a cortisone injection. It would put the tendon at risk to become ruptured. We do not want to play that game. Instead, we work with treatments that reduce the inflammation, but are also safe for the tendon. These can include a homeopathic anti-inflammatory that I can inject. We can consider regenerative medicine injections of platelet rich plasma (PRP). We also may consider shockwave therapy to reduce the inflammation and repair the tendon.

A common tendonitis when you have flat feet is called posterior tibial tendonitis. The posterior tibial tendon runs down the inside of your ankle and attaches right in the middle of your arch. In fact, it's job is to pull up on your arch. When you have a flat foot and your arch is on the ground, you end up having a fight between your flat arch and the tendon. When the tendon loses the fight and becomes inflamed, you have posterior tibial tendinitis. This is a seriously painful condition and hurts as much as when you're walking is when you're running. I'll immediately give your arch some support with a medical grade insole that alone will help take the pressure off of the tendon. I'll then use anti-inflammatory medication, sometimes oral, sometimes an injection to calm down that inflamed tendon.

On the other side of the foot, you have two strong tendons called the peroneal tendons. These can also become inflamed and it's called peroneal tendinitis. This is a common tendonitis if you have a high arched foot. The natural tendency of a high arch foot is to move to the outside as if you're twisting your ankle. That engages the peroneal tendons. When you have too much constant pressure, those tendons become inflamed. The treatment is the same as the posterior tibial tendinitis. Except in this case, I don't recommend an insole. That would push the foot farther to the outside and make matters worse. And we don't need that.

In the case of all four forms of tendonitis, they're all caused by overuse and instability. The best way to address an unstable base of support is with the use of a custom orthotic. An orthotic will provide stability and efficiency to the feet and ankles. That stability will balance the tendons, making them all work less. When the tendons don't work as hard, they don't become inflamed and painful. This is why a custom orthotic is the best long-term treatment to help runners prevent all forms of tendonitis and to help them stop from coming back. 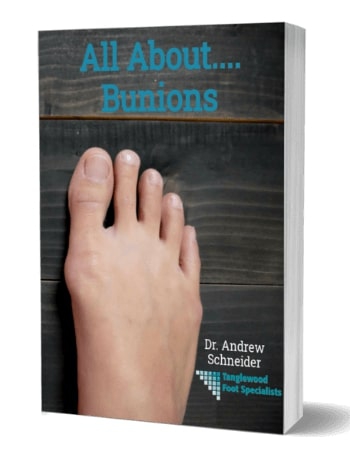 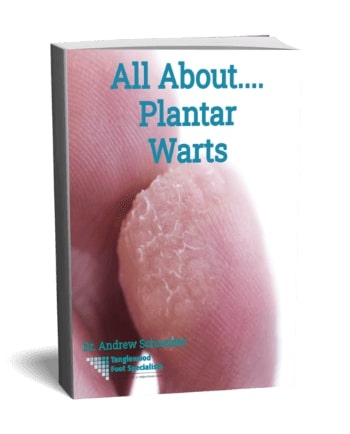 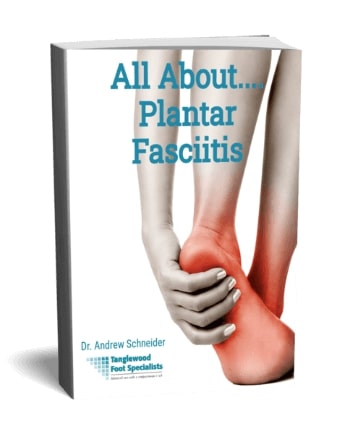