Swift is the Best Treatment for Plantar Warts 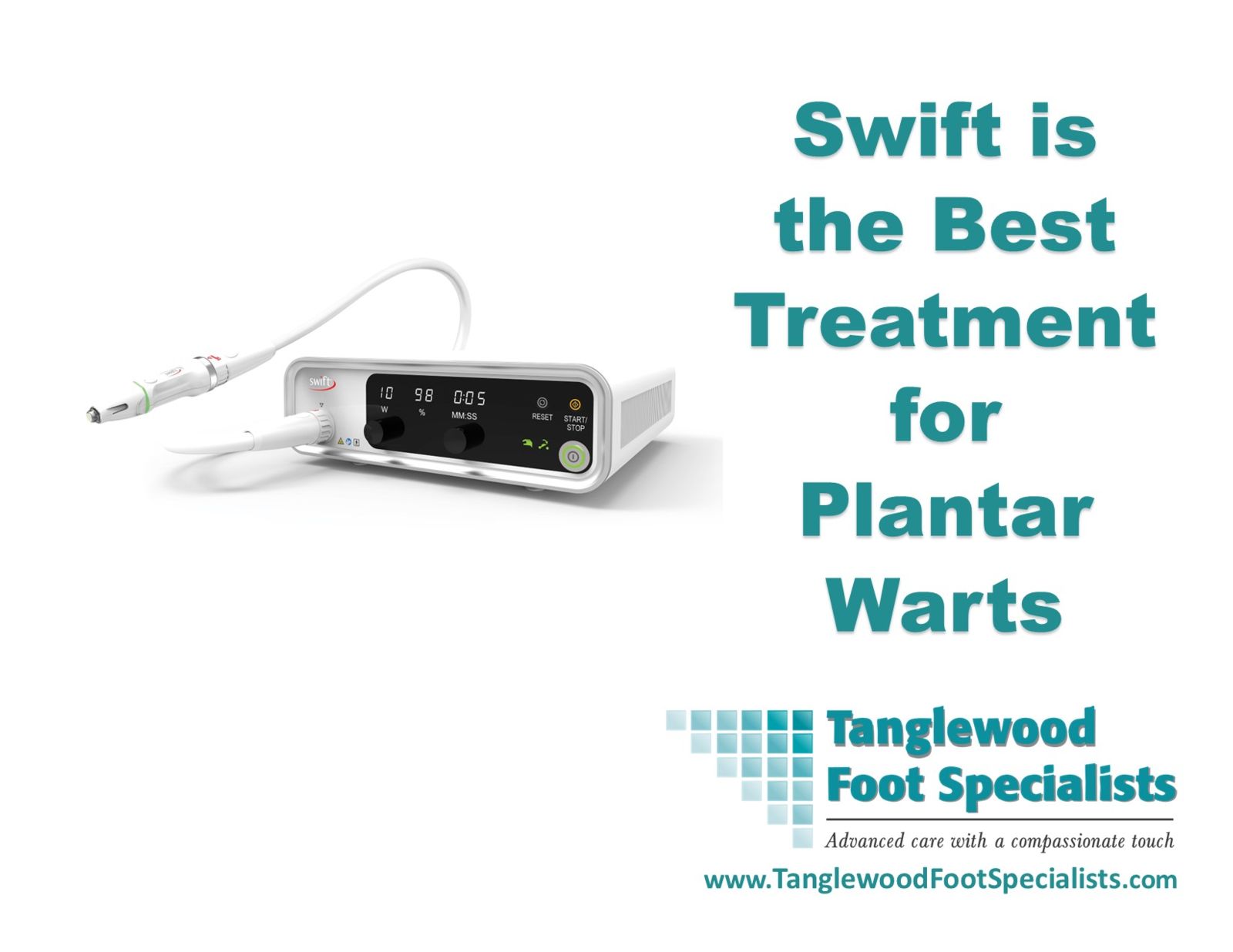 Anyone who's had a plantar wart knows how frustrating it could be. You've likely used a ton of over the counter treatments. You've been to a Podiatrist or a Dermatologist where they've used acid or chemicals or freezing or maybe even cutting it out and yet, the wart still comes back.

Hi, I'm Houston Podiatrist, Dr. Andrew Schneider and it is my pleasure to share with you a revolutionary new treatment for the eradication of plantar warts.

It's called the Swift System. And the Swift System uses microwave energy to decloak the virus. If you're a Star Trek fan, you know a cloaked virus is going to be invisible and so, it's invisible to your body to fight it itself. What the energy does, it heats up the water molecules around the proteins that exposes the proteins of the virus to your body so it can recognize it and your immune system can then attack the virus, attack the wart and make sure that it's gone.

Take a look and see what one treatment of the Swift System is like.

What you just saw was one application of the Swift System. You heard two beeps, two seconds of treatment and then two beeps indicating the end of the application of microwave energy and that's it. Typically, for a singular wart, we'll use five rounds of these two seconds of treatment. For larger warts or warts in multiple areas, we'll use more. But here's the great thing about this. There's no pain after the treatment. Now during the treatment, you'll feel a bite. Some people have described it like stepping on a thorn or a tack. It's a little bite at the end of the treatment but it's nothing that you can't handle. But after the treatment:

You're able to leave the office and get back to your regular day. Do go play what you want to play. Run, If you'd like to run, go for a swim. There's nothing that you can't do after one of these treatments.

So How Many Swift Treatments are There?

Typically, we're going to use the Swift System up to three times. Sometimes the wart will go away sooner but we'll follow up a month apart. So every month we'll assess if the wart's still there. If it is, we'll go ahead and treat it again. If it's not, then you're done. I'm very excited about being able to offer this treatment into the Houston area. And if you are suffering from a wart or you have a family member or a friend who's been dealing with a wart for a long period of time and just can't get rid of it, please send them our way so we can introduce them to this wonderful system. If you have any questions, feel free to give us a call at the office and we'd be happy to answer any or all of your questions. Thanks so much for watching and have a great day.