OMG, they made a high-heeled Croc (again)! 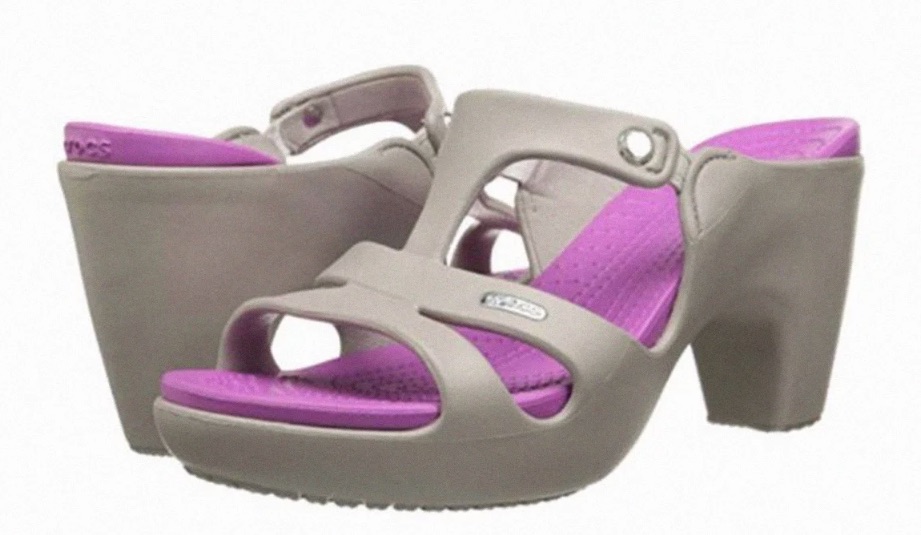 I’ve long had a love-hate relationship with Crocs, as have many people out there. While some object to these rubber shoes simply because of their innate hideousness, my concerns came from the fact that adherents where them everywhere…despite the fact that they aren’t actually good for your feet (little arch support, prone to rubbing and corns/blisters…the list goes on and on.)

But wait, there’s still more to hate about this new shoe: let’s remember, like the rest of the Croc, the heels are made of rubber. Rubber bends. Women are already less stable when their bodies are tilted at an angle as a result of an elevated shoe heel, and now we’re suggesting that the heel should be constructed from a material that bends and twists. Meaning that heel is all-too-likely to get bent out of shape, leading to trips, slips and, more likely than not, an ankle sprain or two.

So, leaving aside all fashion objections (and I’m sure there are plenty of those, but that’s more my wife’s territory than my own) I’d strongly advise against including a pair of the new stiletto Crocs in your wardrobe. Defy me if you must, but I believe you’ll end up regretting that decision on oh-so-many fronts (did I mention that they’re still super ugly?)